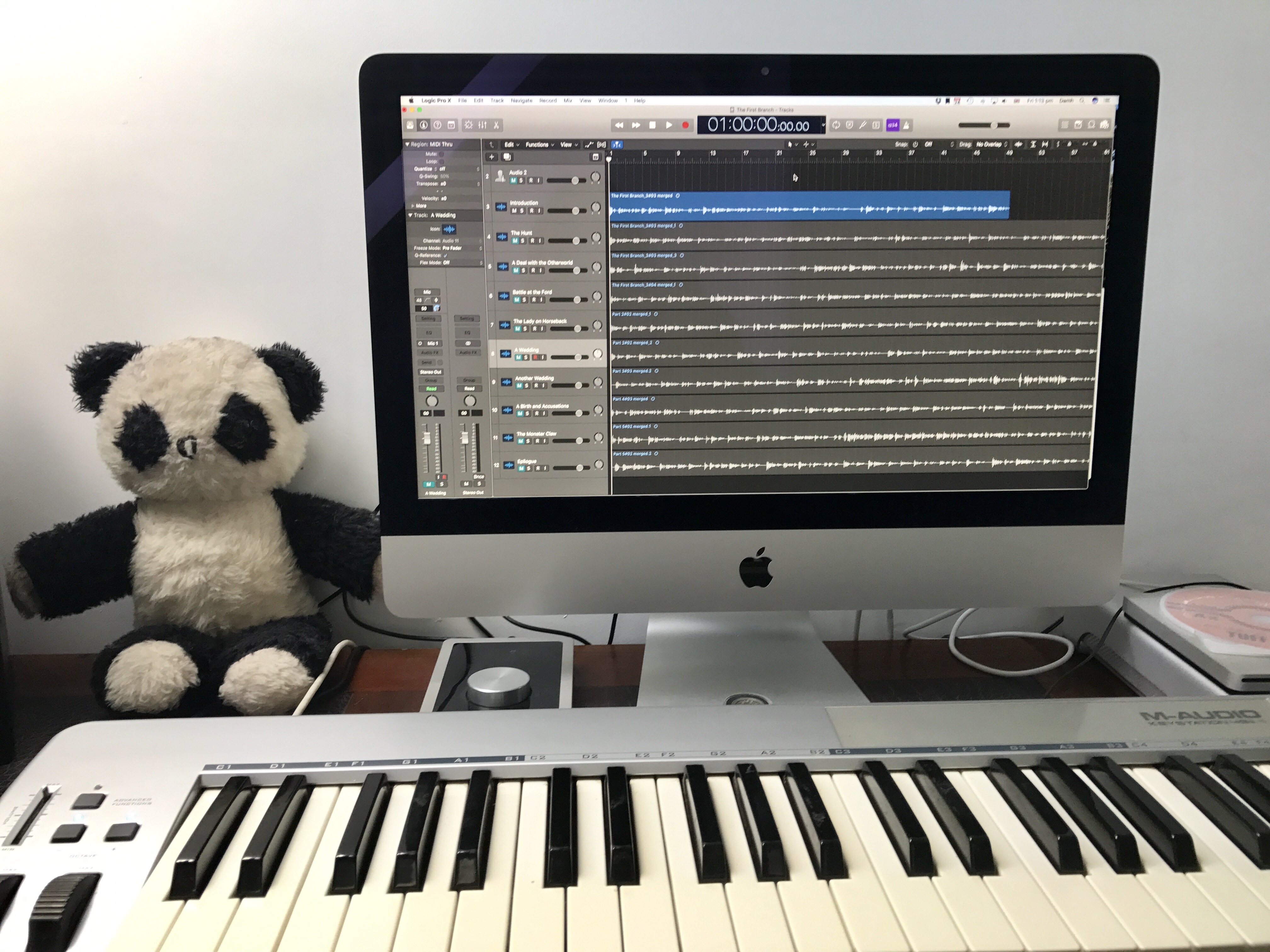 Y Mabinogi – Pushing the Boundaries of those Comfort Zones

If you’re a regular reader of my blog you’ll already know that my current recording project is quite different from anything I’ve attempted before. It is a spoken word, musical, and dramatic presentation of the First Branch of the Mabinogion. This has been something I’ve wanted to do for many years, and it just feels like the time is right. There are already a lot of versions of the Mabinogion out there – from accurate translations, to more inaccurate ones. From dramatic retellings, to absolute fantasy retellings. I’ve loved reading and listening to all of them. So why another? It’s no secret, I’m utterly in love with these tales and the characters that people the lands and the places. But they are far more to me than just characters. Over the years I have met many of them in ritual, journeying, and in dreams. Some have spent time as my inner guides, and some have already been visited within the lyrics of my songs. The Mabinogion has been such a gift to me, that I wanted to add my own voice to the history of these tales.

At first I thought I would write songs to tell the stories, and I would have all four branches on one album. My Bardic buddy Arthur Hinds laughed at this and wished me luck. He was right. My first plan would be impossible, and would only scratch the tiniest surface of what each branch demanded. To do the tales justice I needed to change my approach and ideas. So last year me and Cerri went for a week’s break in Wales, to the land in which these tales take place. During that time I realised that I needed to actually tell the stories within the recordings. So I opened to the Teller of Tales and during that week I wrote the spoken word section of the project. I recorded it over this past weekend. The spoken word section  alone timed in at 58 minutes, and when me and Cerri listened back, it became apparent that I had spoken too quickly, and I would have to re-record the entire thing.

So the spoken parts alone will be over an hour.

It’s obvious that even this first branch will be a double CD once the music and songs have been added.

I’ve done a few spoken word pieces before, but nothing to this scale. It’s pushing the boundaries of my comfort zone into areas I’ve yet to explore. My aim is, when you press play, you are immediately drawn into the world of the Mabinogi. That you are taken on a journey, and when Pwyll steps through the gateway into Annwn, you are taken with him. To see the sights there, to witness the Realm of the Grey Folk, and then to return and walk to the top of Gorsedd Arbeth, and see the Lady on Horseback.

Now that the recording has started I’m realising what a huge task, and responsibility, this is.

And that’s only made me more determined.