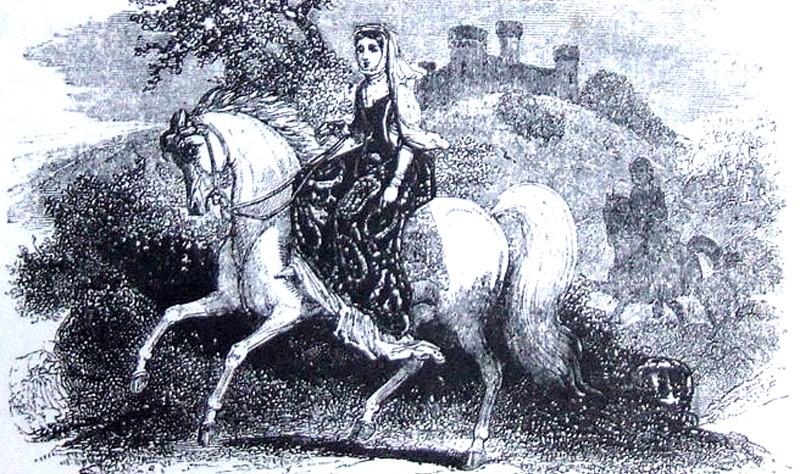 As many of you know by now my latest project is a spoken word, song and music album telling the tales within the Four Branches of the Mabinogion. Originally I thought this would be one double album, but I’ve very quickly realised that, in order to give these four intertwined tales the room to breathe and the magic they need to flow, they will now require a CD for each branch.

My first quest has been to re-explore the history of the Mabinogion. Where these tales came from and their journey from oral tradition to recorded work. I had explored their history many times before and my job unravelling their mystery was a lot harder. Happily those historians who so quickly dismissed them as mere medieval constructed stories have had their research replaced by linguistic scholars who can see the patterns within the old Middle Welsh words. It is in this language archaeology that the giant steps in our understanding of the Four Branches have been made.

Some years ago a Druid group openly declared that There are no Druids in existence today. The group had become very disillusioned with the way many modern Druids were still using the words of Iolo Morganwg within their rituals and theology, and that these same modern Druids still openly honoured the ‘fake Deities’ from a medieval book, i.e. The Mabinogion. This open declaration found a little support and a new group was formed by those who wished to break away. I, and many other modern Druids, watched on a little bewildered wondering why, if people weren’t happy with their path, they didn’t simply just walk away and do something else. Why was there the need to be so antagonistic? But as I watched I realised what was happening. The new group direction was defined by what it was not, and that was modern Druidry. It had to push against the other, to become. The problem arose when that ran out of steam. Modern Druidry carried on without them and they then had to begin to define what they were, as apposed to what they were not. A few of my closest friends were a part of that new group and what they wanted was more ancient authenticity to their path. I get that. A bit. Very quickly it became apparent that many in the new group could not agree what that authenticity should be, and things broke up. My friends found their home in Heathenry where the myths are planted on very firm foundations, and the rest of modern Druidry carried on quite happily as we were.

Why do I mention this?

During the time of this brief interruption I went to a talk given by one of the breakaway group. It was an open and pointed deconstruction of the Mabinogion. I sat in the front row as he used words such as ‘dangerous’ when it came to believing these old tales had any real Pagan antiquity. Many around me thought I would speak out, but I didn’t. I listened and kept my thoughts to myself. Afterwards the speaker came to me and asked why I hadn’t said anything. My answer was simple. We both knew a friend who had recently been converted to Atheism after reading The God Delusion by Richard Dawkins. He went from being a pretty devout polytheist to a born-again Atheist in a weekend. Discussion on theology with him became impossible. Each idea offered on religion was simply put down by the reply, “Prove it exists.” The speaker at the event had had several online arguments with our mutual Atheist friend. I said that talking to him about the Mabinogion was like talking theology to an Atheist. That he wanted proof of something that went beyond the physical and material world. I didn’t have that proof. What I had was personal gnosis. I suggested that me discussing the Mabinogion with him was like him talking to an Atheist about theology. He went quiet. Then said, “Dave that is an annoyingly accurate analogy.”

However, if I had been sitting there now I would have had a lot more physical evidence to back up the ancient threads that can be found within the Four Branches. Threads teased away by gentle research into language and the patterns therein. I know my Heathen friends are very happy now working with Odin. Thor and the Nine Realms. What is nice is that the personal gnosis I had when connecting with Gwydion, Blodeuwedd, Aranrhod, Rhiannon and the other Children of Llyr and Don is being backed up by that research. Does that matter? Not too much, but it’s good to know.

So at the moment I am throughly enjoying the research by Will Parker, Marged Haycock, John Coch and John Carey. Amazing research that places the Four Branches back within the ancient Pagan world. Not just those tales, but also the poems of Taliesin, that were equally discarded. It is good to know that what many of us felt was true is now being explored in a proper, and respectful, scholarly manner.

I’ve often said that the tree doesn’t thrive if we dig up the roots. but there is no harm occasionally checking that the roots are strong and firm. These researchers, and their published books are helping to strengthen those roots. So now, as I open to the First Branch and the Journey to create an ancient tale told in a new way, I not only acknowledge my own gnosis, I also know that the name Rhiannon has been spoken for hundreds, if not thousands of years, as a Goddess upon the Isle of the Mighty.

May my words, music, and song, bring Her and Her kin honour.