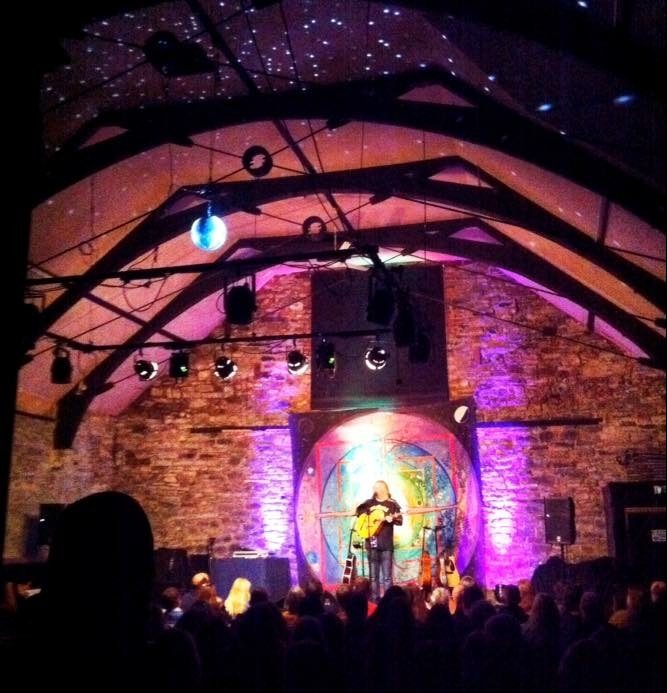 Stillness. And the Night of Misrule.

Although our house it still full of builders I can feel Autumn’s blessed peace approaching. I have two more gigs this year, Witchfest International at the Brighton Centre in November, and Tenbury Mistletoe Festival in December, then no more gigs until the PF Devon and Cornwall conference in March. It has been another great year of concerts and touring with even more memories to treasure, but soon I will leave the road and settle in one place, just for a little while, and that feels right.

The builders should be finished by the end of November, and I’ll be moving into my new studio in the next couple of weeks, although there won’t be any recording done until all of the hammering has properly finished. So that gives me a good couple of months to focus fully on the new album and I cannot wait!

The new surroundings will, I’m sure, open the flow of Awen, and I intend to put all of the gifts I’ve been given over the years up on the walls, and lots of inspiring Mabinogion-based artwork. For the past few months it’s felt like I’ve opened the door to the stories for a while, but then had to shut them again as the house, and concerts, took over. But with that space, and the new recording studio, I can soon open the door, and leave it open to see what walks through. It will make all the difference, and it’s also how most of my music has been written and recorded.

I’m also looking forward to Autumn walks through the woods. With fallen leaves underfoot, and the smell of damp earth in the air. The mists that cling to the land in the early mornings, the stillness that comes with this time of year. For years I worked in horticulture and it was the same then. Very busy Springs and Summers, but as Autumn arrived everything began to slow down. It’s a good way to live if your life allows, and I know it’s not everyone who can live that way. But I think it’s a close way to how our ancestors lived also, as darker evenings fell, so the hearth fire called, and it was too cold to stray much outside after nightfall.

It’s Samhain soon. I wrote about that recently on the blog, but I do love the festival. I have no problem with children knocking on my door, and I’ll have a goodly selection of delights for them when they call. The small ones out with their parents make me smile. The teenagers leaning on my wall even more so sometimes, as they desperately cling to some act of childhood. And all of that is right for the Night of Misrule.

Here’s a great version of one of my favourite songs for the season. Show of Hands doing a gig in a shed with their song Hallow’s Eve. Enjoy!

2 responses to “Stillness. And the Night of Misrule.”