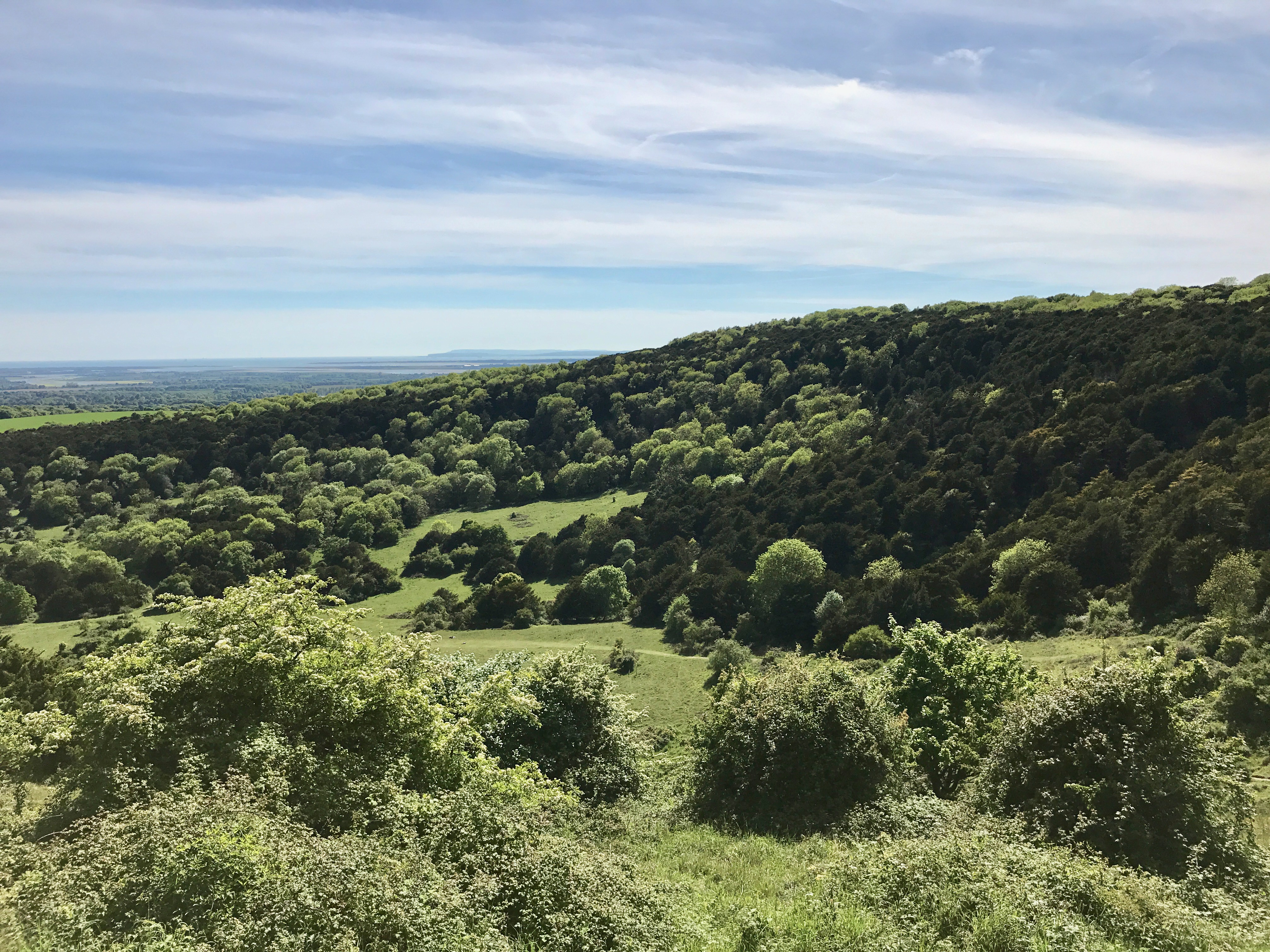 Thinking About – Home and our Connection to the Land I was born in Cornwall, that mysterious peninsula at the far south west of Britain. A place of moorland, majestic rocky shores with the mighty Atlantic ocean pounding it’s grey stone cliffs. A place of small fishing villages, strange folklore customs, and small tortured trees with branches blown by the prevailing wind. It’s a wild place. A romantic place. A magical place full of stone circles, fogous, and other ancient sites. The remnants of the tin mining industry still stand in the far western edge. My teeth and bones were made from the food and water of that land.

Our family moved to Sussex when I was very young but returned almost every year for our holidays. For the vast majority of my life I have felt like a Cornish ex-pat. I loved Sussex, but it always felt like a huge manicured garden to me. Something that could have been created by Capability Brown. The county is soft, with rolling chalk downs and white cliffs. For the vast majority of my life my heart yearned for the wildness of the Cornish moor, the chest-pounding rumble of the mighty Atlantic waves crashing on the coast.

Many times I thought I had got Cornwall out of my system. Some years ago I was sure I had. Then I went back and began to walk the path from Boscastle harbour up to the cliff tops. It was very early Spring. It was raining. Hard. The wind was blowing a gale. But I walked on. As I approached the apex of the path, and the sea came into view, the rain drenching my face, my tears joined the rain and my heart burst with relief at that feeling of being home.

The Welsh call it Hireath. I don’t think there is an exact English translation of that word but the feeling I had that day on Boscastle cliffs was it.

About three years ago things began to change for me. I joined Ancestry.com and started to explore my recent ancestry. Both of my parents hailed from London and the Carshalton area, as far as we knew that’s where we came from. But on my mother’s side I traced it back to the 17th century with a man coming here from Bohemia, and when I started with my Fathers side I found that we weren’t Londoners at all – we were from Sussex. I discovered that all of my Father’s ancestors hailed from around the Washington/Storrington area, with one of my ancestors from the 18th century buried in Portslade cemetery, which is about a half mile from my current house. There were also strong links with Selsey. So, in reality, our family had moved around, but all of us had eventually come back to our ancestral home. I had ancestors in the mud of Sussex. I started at that point to feel more at home, but only a little.

Then earlier this year I took that same walk again. From Boscastle Harbour up to the cliff tops. It was amazing, of course. Dramatic and powerful. But something had changed. On the drive back to Sussex I saw the South Downs and for the first time in my life I felt like I was driving home, rather than away from home. We are blessed to know the name of an ancient Pagan Goddess from the South of England. Her name is Andred, and she is directly linked to the Weald and the old forest of Anderida that used to stretch from Dover to Southampton. Our Druid Grove have been working very deeply with her over the past couple of months and on one night we each took a Journey to meet her. I won’t go into details about the Journey but the next day I took Oscar for a walk. Our usual lay-by was full so no river walk that day. I just drove on and took a road I hadn’t been down before. I found a parking bay in the countryside next to a public footpath, got Oscar from the car, and started to walk. It was a part of the county I hadn’t seen before. Open fields spread out before me, bees were buzzing in the hedgerows, old Oaks and Ash trees bordered the path. Out into the countryside I walked and the path linked up to an old trail called the Monarch’s Way. It was during this walk that I felt the land notice me. It was like the very Spirit of Sussex turned and saw me for the first time, as I saw Her too. I could hear a voice saying, “So! There you are! Finally!” And that voice was a female voice.

I don’t think Cornwall will ever leave me. It’s too much a part of who I am. But it is so good to finally feel at home on the land I walk upon – to feel a true part of where I live. It’s taken nearly 45 years, but finally I’ve made that soul connection. I’m sure there are many of you who feel similar. It’s hard to feel like you are torn between two places. It’s quite a relief to finally be able to let that go.