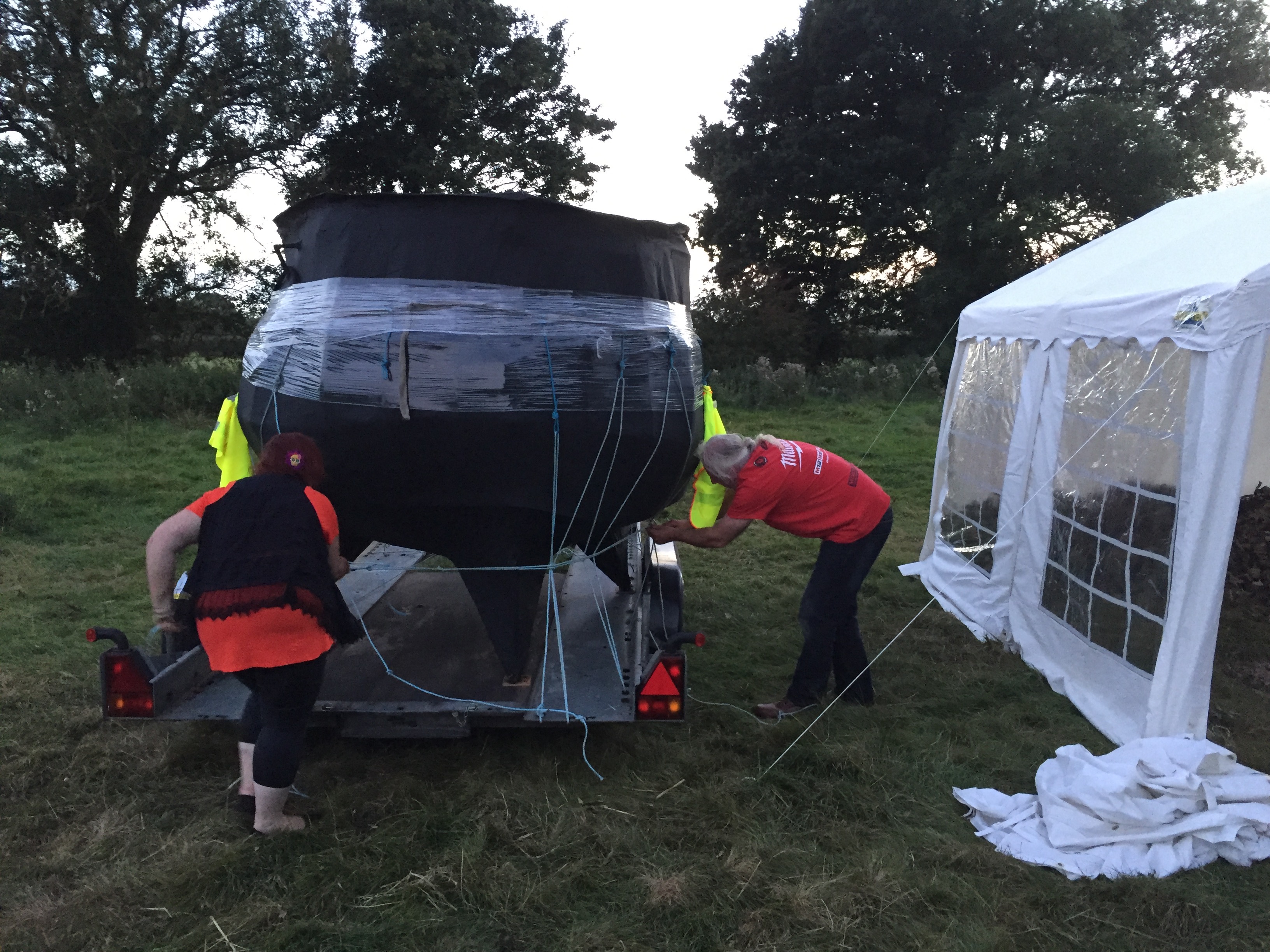 It was the Anderida Gorsedd camp this past weekend. Me and Cerri started the camps back in 2003 and our intent was to create space that focussed on magic and community. There were a lot of camps that had various workshops and rituals, but with Anderida camps we chose a subject and focussed everything upon that for the weekend. Culminating in a big group ritual on the Saturday night based on the subject we’d chosen. The subject of last weekends camps was Anglo Saxon Spells and Charms and the inspiration for the whole camp was the Anglo Saxon Nine Herbs Charm. We had one guest speaker, Anglo Saxon expert Steve Pollington, who spoke for about an hour about the tradition of herbal lore in Anglo Saxon England before reading out the entire Nine herbs Charm in Anglo Saxon, and then in modern English. It’s always amazing to hear that ancient language being spoken. Something within me knows it, and it is also as if the very blades of grass listen and say, “Hold on. I know those words.” To hear the Nine Herbs Charm spoken in its original form was magical in itself and helped focus the afternoon activities.

But I’m getting ahead of myself.

One of our Grove members, Garry, is a genius when it comes to creating things. When we spoke to him about the idea behind this camp we all thought it would be amazing to create a cauldron for the Saturday night ritual. One that we could put the herbs in, and then burn, sending the wishes and blessings to the Gods. So Garry got to work, and this is what arrived at camp, on the back of a trailer. I would have loved to have seen the faces of people on the road as they drove by. A seven foot high, eight foot wide, cauldron. While Garry was making the cauldron, Cerri was hard at work creating The Guardian and his Heart Shaped Box. He would sit within a meditation area. People could go and visit him, talk to him, and then write down what it was they would offer the cauldron for transformation. It could be anything. Healing, closure, inspiration, anything. They put the piece of paper in the Heart Shaped box. Everything in place. Let the Journey begin.

So after lunch everyone at camp joined into seven groups of between 8 and 10 people. Me and Cerri had chosen seven plants for the groups to work with, one for each group to focus on, but also plants that, no matter what people had put in as their wish, the power of at least one of those plants would support that wish. I had been out into the Sussex countryside and gathered a small amount of each one.

So before anyone discussed their plant we took the groups on an inner Journey to the sound of a drum. They were only guided into a grove of trees, then the drum started and they were on their own. The Journey lasted quite a long time, giving plenty of time to find the plant. The intent of the Journey was to hunt the spirit of the plant, to follow it, approach it, communicate with it. If you’ve not read The Way of Wyrd by Brian Bates I would thoroughly recommend it, and the hunting of the plants in this way was inspired by a segment of that book. The reason we didn’t want people to discuss the plant first was that we didn’t want the results of the journey to be influenced by any preconceived ideas about the energies of the plant. To go in cold as it were meant that the information was coming from the Spirit of the Plant and not from any academic learning.

Once back in the marquee we asked each group to pass a little pouch containing some of the plant around the group, using it as a talking stick, and to share with the group their individual Journeys – watching for similarities, and connections. As I walked around I saw amazed faces as these connections became more and more apparent. The buzz around the marquee was palpable.

I won’t go into huge details here as it doesn’t feel right, but by the end of the afternoon each group had written a seven line charm that would be used during the ritual to invoke the spirit of the plant.

By the afternoon it was raining. We were in the marquee so that was ok, but we needed the rain to clear before we uncovered the cauldron and did the ritual. We promised an offering of 4 pints of Sussex Banqueting Mead if the weather changed. By 8.30pm the sky was clearing.

I approached the first group.

“Which plant do you bring to this circle?” I asked.

The group gave their answer.

The group now called out their chant three times in a call and response. The first time on their own, then with the second and third the entire circle joined in. Voices echoed into the night. Once called their plant keeper walked forward and placed the herb in the cauldron. This was done a further six times until all of the herbs were in. Then Cerri spoke for the Heart and passed it to me. I placed it in the Cauldron.

More torches were lit, and the kindling fire under the cauldron was kissed by flame. Small at first, they sprung into life. All of the groups began to call their charms out once more in a cacophony of voices. But then something unexpected happened. At first the top of the cauldron glowed and smoked, but suddenly the flames burst through and the cauldron became a 30-40 foot high inferno. It was so hot that everyone had to not just step back, but walk backwards, away from the heat. And although the heat was that intense, somehow the sides of the cauldron we still intact. But they were just paper! There were a few egg boxes inside the cauldron, but nothing that would have given the flames the energy they needed to reach such a height, such a heat. We knew the very moment the contents of the heart was taken. I felt an immediate release, and I was not alone in that.

The flames died down. Our singing voices lessened also. We stood in circle under the now star-filled, moonlit sky, and swore the Oath of Peace. The Awen was sung. The Spell was done.

I have one more thing to add.

While we retreated back to the central fire one of our group, Billie, went back to the Cauldron’s fire. The flames were about three feet high by then, and she took this photo. Within it you can clearly see the Guardian walking in the flames, holding a heart. 16 responses to “Spells and Charms”