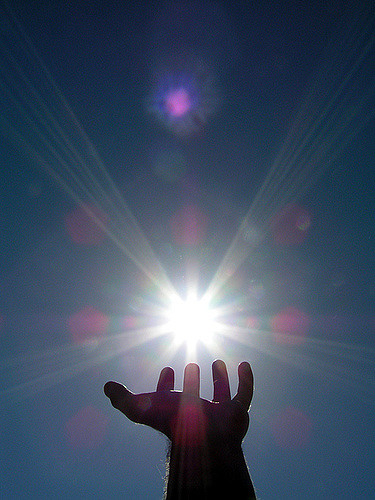 For the Love of Magic

I’ve always had a private love affair. We fell in love when I was at secondary school. I hunted her out in the library where she used to hang out. It was pretty exciting. To that very young Damh the things she showed me placed my feet upon a life journey. But over the years, every now and then, we lost touch. Other things took my attention. I guess it can happen to any relationship. Then over the past few weeks she got in touch again. Well, not really simply got in touch, she’s been quite insistent. At first I was a little worried I wouldn’t have space in my life for her like I used to, to the degree she obviously wanted, but then I realised that she had always been there, like a supportive friend, I just hadn’t taken as much notice of her as I could have. I guess maybe I took her a little for granted.

As I reflect I remember now that Samhain was always her favourite time of year. As the nights grew longer she came out more, she was somehow more visible. As I sit here writing this I can feel her very clearly, close, like a comforting hand upon my shoulder. I think she’s also glad we are reconnecting again. But I have to be honest it feels a little naughty. The hand resting on my shoulder is the hand of magic, the hand of the unseen, the supernatural. It’s both soft and young, yet also boney and gnarled. She offers peace, connection, dreams, but she can also bring fear, disorientation, or maybe both of those feelings are the result of something else.

I’ll come clean. It wasn’t spirituality that led me to the Druid path. It was those things I mentioned above. I was a 10 year old Fortean, searching the school library for books on the supernatural and the occult. I loved those old Victorian photographs of Mediums with their ectoplasm. The old black and white photographs of ghosts both scared and thrilled me. I loved horror films in the same way some people like rollercoaster rides. Hardly any surprise then that tales of an Otherworld and magic drew my attention, and when I discovered that there were many who saw that Realm as a reality, well, it was like seeing an enormous firework display on the horizon, all I had to do was get there.

As I grew older I went to those Psychic Fayres that were once so popular. I bought as many of the books as I could find. I explored the practices of The Hermetic Order of the Golden Dawn (the magical society, not the far right political party…) and that led me to the books of Aleister Crowley. No, not a nice man at all, but his books on magic intrigued me. I joined a Magical Order and was initated as a Neophyte and began the journey of the magician. But magical Orders being as they can sometimes be, after a few years, this one imploded and dissolved, leaving me adrift and searching. That search led me to send off a stamped addressed envelope to a Druid Order called OBOD, and I that is where I found my new home.

Magic is a potent energy to the modern Druid, but often it isn’t overtly visible, it is subtle. However to me magic, the Awen, have always been intrinsic to my Druid path. I am a polytheistic animist, and I feel the presence of the Otherworld even sitting here typing this, staring at an illuminated screen. I have sometimes seen that this way of viewing the world isn’t 100% popular, even with some Pagans. Rationality, atheism, particularly after the release of Dawkins’ The God Delusion certainly shifted the way some of my Pagan friends viewed the world and their Pagan path. I read it. It didn’t do that for me. I still feel that rational thinking is a wonderful servant, but a terrible master. None of my songs have ever been written using rationality as inspiration, I’m not sure any work of art has been created that way, and that to me is the flowing spirit of the Awen at work.

I love this quote from rational thinker Philip Pullman:

Trying to understand superstition rationally is like trying to pick up something made of wood by using a magnet.

I’d go with that. It’s taken from this article and maybe reading it was another step in me needing to write these words.

(Now if rationalism is your thing, please don’t think I’m suggesting you’re in any way wrong. If it works for you, fabulous. But ever since I fell in love in the school library all those years ago I have felt there is something else, something unexplainable, enticing, seducing, exciting. Rational thinking certainly has its place in my life, but it’s not my driving force. So that’s enough of that, time to move on.)

In a couple of recent blog posts I asked if any of you had had what some may call supernatural experiences on your path, wondering if the culture of social media might sometimes make people fearful of expressing those moments that are labelled, sometimes in a derogatory manner, Personal Gnosis. Sure enough I had a lot of replies, mostly through private email. I read one on the recent OBOD podcast, DruidCast, and the response was encouraging – it seems there are many of you who feel this way too. So I’m going to try to read a few more over the coming months. I have been on this path, as Magician and Druid, for most of my life. It has been a passion of mine since as far back as I remember. To me the Druid Way is a mystical path, as well as a way of life, and a way of relating to the natural world. When I stand upon the hill below the Long Man of Wilmington to celebrate the festivals of the Wheel of the Year I’m not simply marking a season. I’m seeing the changes in the landscape as a magical dance between the Earth, the Sun and the Moon. The way the seasons change, the Moon waxes and wanes, the tides rise and fall, the way day turns to night, those cycles bring with them a deep and powerful mystical connection with not only the physical changes I feel with my senses, but with something else that is deep within me, and that also flows across the land, and out further into the cosmos. The power of inspiration, magic, life-force, the influence of the Otherworld, and the voices of beings whose tales we tell, and try to understand, is tangible at those times of seasonal change. The Oak is both an ancient living being, and also a portal and doorway to other lands. My wand is both a piece of Rowan wood, and a magical ally who has walked with me for many years. My Druid path is still very much the path of the Magician. It is the horse upon whose back I ride when I see the veil thin, and the high mountains of Annwn come into view.

And I am forever thankful to you, my love, for opening my eyes all those years ago.

11 responses to “For the Love of Magic”