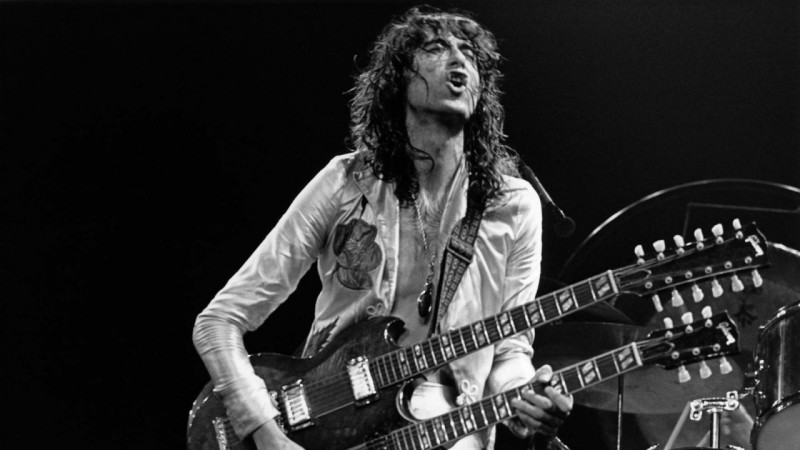 10 Guitarists that Changed my Life

Well it seems like you all enjoyed the Bands that Changed my Life post last week so I thought I would do another along similar lines. I got my first guitar when I was 8 years old and, although it has enabled me to explore many other stringed instruments from the Celtic harp to the Bouzouki, I keep coming back to the guitar. It’s simply one of the most versatile instruments ever created. From screaming guitar solos on a Jackson Sharksfin to the Spanish flamenco, from tear-jerking rock ballads to delicate folk. The six string guitar is king.

Of course any list of guitar players that influenced my life must begin with my guitar teacher, Tim O’Leary. I was his first student. At the time he couldn’t read music so taught me with chord charts, and by ear. I still can’t read music, which is fine. I sometimes think I should learn how this music thing actually works, but then I just pick up my guitar and we chat. It’s fine. I don’t need to know how it all works. Tim changed my life. He had long dark hair, and it was seeing him that made me ask if I could grow mine. A few years into teaching me he made his own harp, complete with a carved dragons’ head. He was a multi-instrumentalist who played everything with strings. As you can see he had a huge impact on my early life. I lost touch with him many years ago, but always offer him my thanks.

Some of these videos are obviously copyrighted and you’ll have to leave the article to view them in YouTube, but do come back! Man it’s hard keeping the list to 10. Of course there are more, but these are the ones who sprang to mind.

In no particular order:

My first Rainbow album was Long Live Rock n Roll. A great album, and sadly the last that featured the vocals of Ronnie James Dio. I had my Apple Music on shuffle the other day and this track came up. Oh. My. Gods. The solo still gets me. Goosebumps, and bashing the hell out of my steering wheel. Pure genius.

Ok. Hand on heart. I think if you were to push me and ask who my favourite guitar player of all time is I would have to say David Gilmour. There are speedy fast players, classically trained players, brilliant acoustic players, but in my opinion there is nobody who can make a guitar sing the way Gilmour can. Sometimes it’s the notes you don’t play that make the solo, and he nails it every time. This one in particular. So many years on and it still brings tears to my eyes. The melody, the words, the solo, sheer perfection.

When it comes to rock music it’s the riff that speaks to me, and nobody writes a guitar riff like AC/DC. I saw AC/DC on the Winter Solstice of 1979 at the Brighton Centre. The very last few dates of the Highway to Hell tour, just before the death of Bon Scott. They opened with this track. Angus came up on a hydraulic lift from beneath the stage, all lit with red. Then let loose into this. My little 19 year old heart almost burst with excitement, and so continues a love affair with AC/DC to this day.

Just look at this mans fingers. It’s like he’s got one of those creatures from the Alien films attached to the end of his arms. His fingers are so long! Apparently he has a 7 fret reach from index to little finger! He was born to play guitar. When I first saw him play these tunes live I just couldn’t believe what I was seeing and hearing. He plays the bass parts, the rhythm parts and the lead at the same time. I guess it helps that he’s a triple Gemini – there are a lot of people in there!

Yes. I’m serious. This song was the first song I heard, back in 1972, that made me go “Yes! Yes! That’s it! That’s the music I like! What is it!” And then I saw Rick, and for years he was my hero. I wanted to play like him, look like him, Status Quo were all over the walls of my bedroom, and I utterly rinsed the album Piledriver. Travel well Rick. You are very much missed.

But before Rick there was…. It’s amazing how many wonderful songs have been written to the sound and rhythm of the 12 bar boogie shuffle. This is still one of the greats to me.

Yup. I had a caftan and Afghan coat period of my life, lighting joss sticks in my bedroom, chilling out to this. Steve Howe taught me how to be a hippy. I have some very lovely memories of nights listening to this song.

You might be wondering where the folk guitarists are. I think because I was taught by Tim it was Irish folk that spoke to be more than English folk for many years. Crazy Man Michael by Fairport Convention was one of the first songs Tim taught me, but he never played me the original. I think of all of the Irish folk musicians I heard it was Andy Irvine who inspired me, and his band Planxty. Oh look. Long hair again. Actually, he looked a bit like Tim. Ok. He was the bouzouki/mandolin player, but I’m going to add him anyway. What a wonderful song and performance this is.

A song-writing genius that wasn’t really fully appreciated until after his death. A Pioneer in acoustic open tuning. Finding DADGAD changed my life in so many wonderful ways. Time to chill again…

Well I guess it had to be really. No Wayne’s World guitar shop nonsense here. Again, still gives me chills, and brings back such amazing memories of my youth. Play it Jimmy. Jimmy Page’s presence, playing, clothes, interest in the occult, well, it drew me in, and I’m still here.

I hope you enjoyed that little playlist. Who are the guitar players and musicians that have influenced your life?

12 responses to “10 Guitarists that Changed my Life”