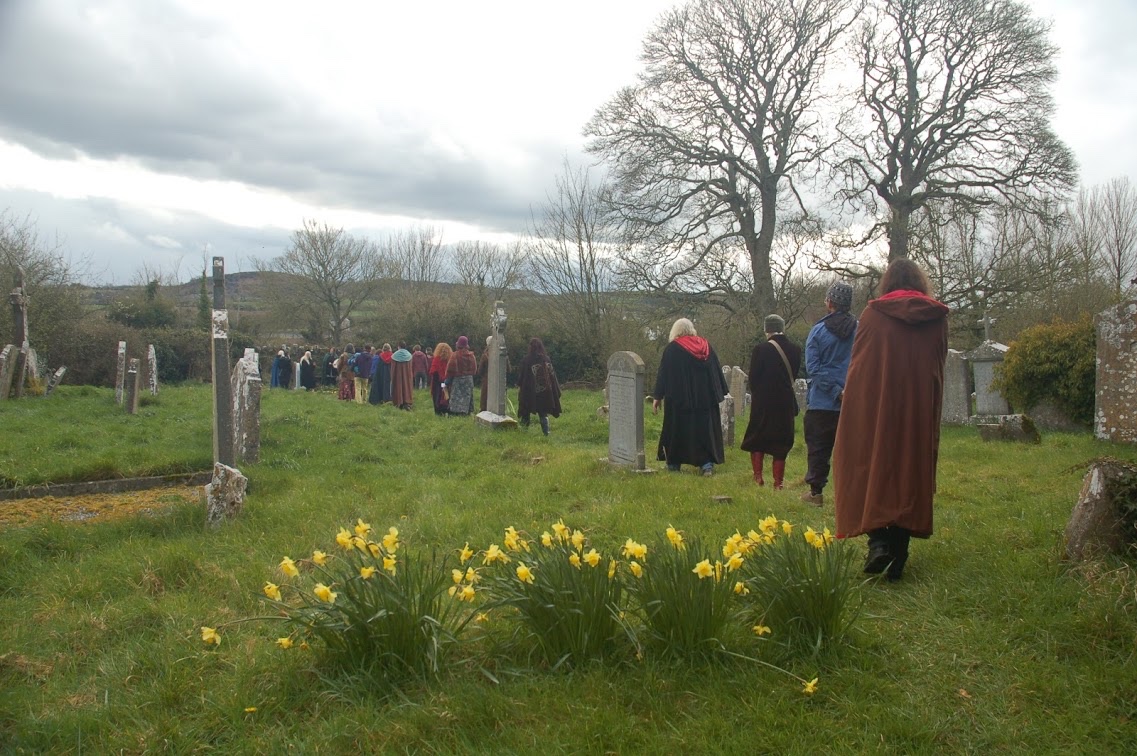 In the secularised West our rites of passage have been chiselled down to births, deaths and marriages. The rites of a young boy or girl being recognised by their tribe as a man, or woman, have almost disappeared. For the girl becoming a woman there is the first blood, but I know of very few girls who would be happy to have that moment publicly marked. There are some who would be happy, but this is not a normal celebration within our society. As for a boy becoming a man that seems to be the age of 18 when they can walk into a pub and buy their first legal pint. A rite of passage I celebrated with both of my sons. But whether this re-enforces their status as a new adult, or confirms that within themselves, well, that’s debatable.

Then later in life there is little to recognise the achievements of that life, and the movement into the realm of Elder. It seems that, as a person grows older, they are offered less respect rather than more. Maybe in a society that values what you can give in the terms of earning money and paying taxes the elder generations can be seen as a tie and a burden. It’s so wrong. A lifetime of experience, with all of the changes they have seen across decades holds much wisdom to the ears of those wise enough to realise that they don’t everything already, and guidance and help could be there, if only they recognised its existence.

So we are born and maybe have a Christening. Less for the offering of a soul to God, but rather a good excuse to get families together and have a celebration and a party. Marriage figures are dropping as divorces are rising, yet those groups who have been struggling for years to gain recognition and the right to have marriages are embracing the rites with ‘civil partnerships’. And maybe this is the place where the Pagan handfasting, naming, and funeral reside.

Returning to the quote that opened this train of thought the Pagan community has grown, and is maturing, and with that maturity there is a need to re-establish our own rites of passage. So we do see young men and women being welcomed into local Pagan communities (Tribes) as adults with personalised ritual. We do see the welcoming of a new born child with a naming ceremony, handfastings for a years and a day, for life, for lifetimes, or for as long as love shall last, are becoming regular events. Less often is the task of saying farewell to a beloved friend or family member being held by a community, but it does happen, and the ability to do that is there. It’s just not many people know we can write and perform funeral rites and don’t need a priest or minister.

The task of celebrant is a calling, a vocation. It is a massive act of giving, service, and support, and it is a very important role within a community. Not one to be taken lightly. We only get one naming, one coming of age, one handfasting (maybe), one funeral and one chance to say goodbye. The role of celebrant is vital to everyone’s experience of the ceremony. Even when I first joined the Pagan community nearly 30 years ago there were rites of passages being undertaken but at those times there was very little guidance on how to do it, and to do it well. Over the years some groups have offered training in celebrancy, but this training required travel, and time away from home to study. Over the past year or so the Order of Bards Ovates and Druids, together with experienced celebrant River Jones, have developed a course that is online, and therefore requires no travel or other expenses. This first course is called Serving the Living and the Dead, and is completely focussed on funeral celebrancy. I think it’s a service and role that has now come of age, and we are ready to bring this more and more into our wider communities. Courses in working with families, handfastings, etc are in the works, and will be published in due course.

I’ve taken on the role of celebrant a couple of times, and I found out very quickly that it wasn’t for me. It’s not everyone’s path. I had other paths through the forest to tread. But if you do feel the call to take on the role of celebrant, I think this online course is well worth taking a look at. We owe it to our friends and communities to do this properly. You can find details of the Serving the Living and the Dead online course here: http://schoolofcelebrancy.com

LifeRites, the group that grew out of the Pagan Funeral and Hospice Trust many years ago, are still offering excellent residential courses in celebrancy, and you can find those here: http://www.liferites.org.uk/events

As I look to the future, I see the role of celebrant becoming more and more important. That’s why this course from the OBOD exists, and there are more to come.

3 responses to “Thinking About – Celebrancy”