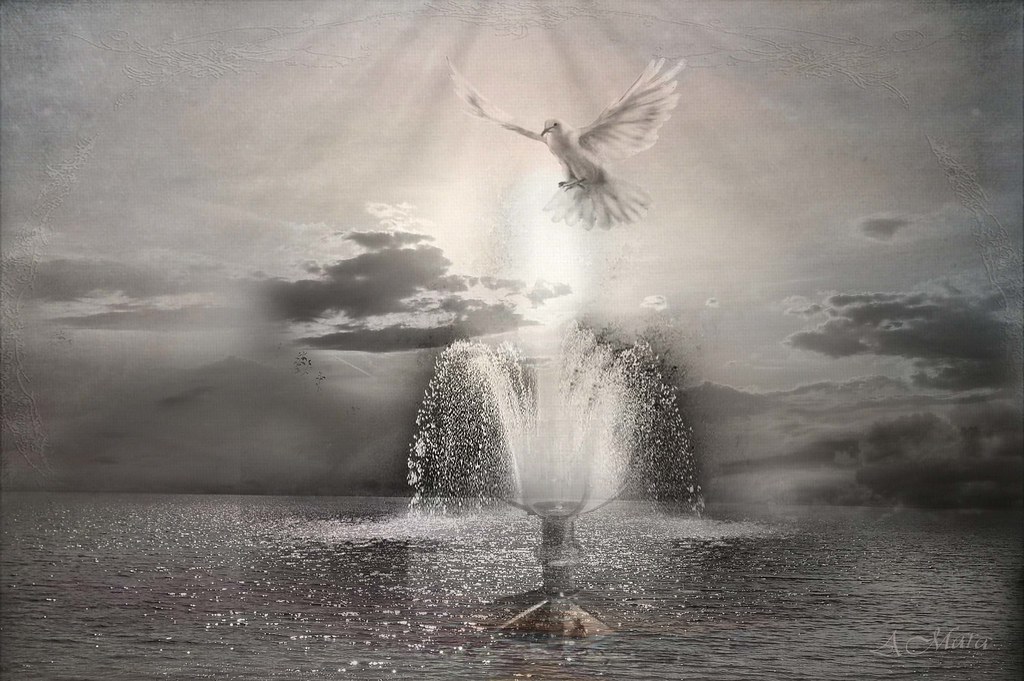 Last weekend at Witchfest Midlands I gave a talk titled The Pagan Grail that focussed a little on the Grail from the Taliesin poem The Spoils of Annwn, but the main intent was to ask the question, what is the modern Pagan Grail? I got some very inspiring feedback from the talk so the obvious next step was to bring aspects of the talk to the blog and ask the same questions here.

So let us begin…

Our local monthly pub moot is a talking stick moot. We all gather around one large table (or bring more tables over if the group is a big one). We then draw a piece of paper from The Jam Jar of Possibilities. This jar contains loads of folded bits of paper upon which we have written topics that we would like to discuss at the moot. At the beginning of each moot, we ask if there are any new topics people would like to talk about, and if there are, they are written down, folded up, and added to the jar. Once the topic is drawn we pass around the Talking Beermat, and whoever holds the mat, has the floor, and can speak, uninterrupted, and the paper of the drawn topic is discarded.

What do we mean by Y tho? It’s a really powerful and important question to ask ourselves every now and then. Why do we do what we do? Why do we identify as a Pagan/Druid/Witch/Wiccan? What do we do on a daily basis that expresses our Path? All of those questions. Once that piece of paper is drawn, it is then placed back in, to be drawn another time, so we can re-visit and ask those questions again.

So this was a perfect first question to ask in our search for our own personal modern Pagan Grail.

What is the Grail for you personally?

Have you ever considered your Path as your own Grail Quest?

Are you the mystic that expresses your Path by how you view the world, who you are?

Are you the magician who expresses your Path by what you do, by your actions in the world?

I was once asked to try to sum up modern Druidry in one sentence, and the closest I could find was ‘a set of practices inspired by the ancient Druids that enables a closer relationship with the natural world both seen and unseen’. Nowhere near perfect, but it was ok. It suggests a connection to the land. A way of healing the separation many people feel in our modern age between the land and the people. The Arthurian Grail Quests are caused by a separation between sovereignty and the land, and this separation causes The Wasteland. The promise of the Grail is to heal that separation and bring back harmony to the land. If people really felt a deep connection to the land then Fracking simply could not happen. So many other practices that threaten to destroy life here on Earth would become anathema. But there is a separation, there is a Wasteland. Any Path that inspires that closer relationship with the Natural World is so important these days.

So how is that relationship expressed? Gardening, working an allotment, bushcraft, recycling, buying decisions, all are incredibly important and fulfilling, but none of these are exclusively Pagan. What is the essence that is there when a Pagan works their allotment or tends their garden? Obviously, that spark is incredibly personal and only you will know the answer, but I’ve spoken to so many people over the years who haven’t asked themselves that question. It’s a good question to ask. For me, it expresses in the form of relationship. Lots of people take their dogs for walks in the woods or by the beach and enjoy being in that environment, but not so many talk to the trees as they walk, or stop and take time to commune with the Spirit of the Ocean. I’ve described my path as being that of a Polytheistic Animist. So when I commune with the Spirit of the Sea, that great Spirit that covers two thirds of the entire planet, and I see that Spirit as a powerful Spirit, some may even say a Deity, but not a separate being that strides the ocean like Poseidon or Neptune, trident in hand on the back of a giant seahorse. No. To me, there is no separation, no separate being – the Spirit of the Ocean is the aware consciousness of the entire ocean itself. And it’s that relationship that is my Pagan essence, that spiritual thing that comes from the well-spring of Pagan folklore, magical practice, and attitude.

Do you want to join me on the Pagan Grail Quest?

This is going to be a series of blog articles, and each one will ask questions and I hope to encourage some very deep thinking and consideration. Don’t for a moment think I have already answered the questions I am asking myself – I’m on this Quest with you.

So, until next time –

What is the Grail for you personally?

Have you ever considered your Path as your own Grail Quest?

Are you the mystic that expresses your Path by how you view the world, who you are?

Are you the magician who expresses your Path by what you do, by your actions in the world?

What is the essence that makes these acts or sense of beingness a part of your Path?