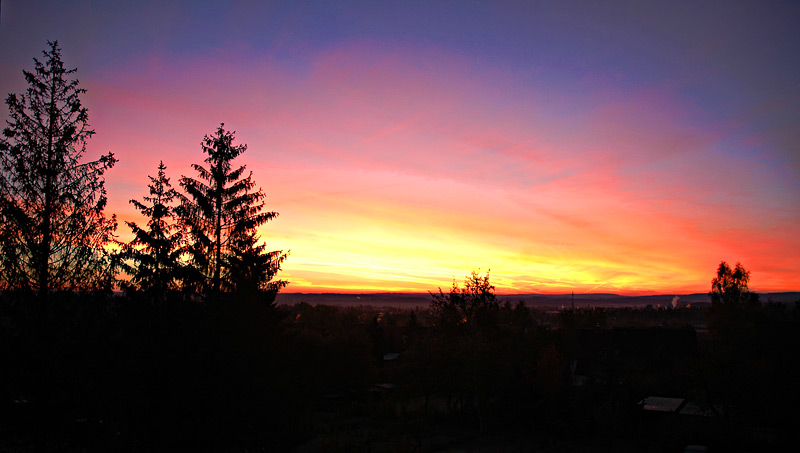 Thinking About – Living a Pagan Lifestyle

I received an excellent question via my Facebook page over the weekend. It was this:

Instead of replying directly I thought this might well be something that other Pagans struggle with, so a more open blog article called.

Let’s go back to the beginning. Well, my beginning to be exact. When I felt the call of the Old Gods I was already a fairly experienced Occultist. My teenage years had led me to the books of Crowley and the Golden Dawn (I’ll say it again, not the far right political party, but the old Magical Society. You might not think that’s necessary, but when I wrote that I was into the Golden Dawn once, I received an email from someone in utter despair that I was a fan of the far right. So people do make that mistake.) Yet I heard a call from the land, and that call led me to Druidry.

When I left school my second job was at a knapsack sprayer manufacturer, on the assembly line. I worked at the same firm for 11 years. Going from the assembly line, then into the repair centre, then I was promoted to the Research and Development department, then I was plucked from there, given a company car and an expense account and sent off into the UK as their Home Sales Manager. From there I was sent overseas as the company’s international training officer, and then export sales. I went to Africa a number of times. It was a good job considering I’d left school with barely any qualifications.

In 1991 we were told that the company was moving to Northumberland. I was offered a good deal, to sell the house and move, and had to give it good consideration, but in the end I chose not to. Towards the end of my time with the company I went on a business trip to an agricultural show in Spain with the then Export Sales Manager. We spoke about what we were going to do next. He had made contact with a Polish injection moulding company, and he thought we might be able to form a company and work with them. So when our old company moved, we hopped on a plane and had a meeting with them.

When we arrived we were led to the board room. Me and my buddy opened our briefcases and began to talk about our plans, but the Director raised his hands.

“In a while we talk business. Now. We drink.”

Out came ice-cold bottles of Vodka, and we did indeed drink. A lot. When there were a number of empty Vodka bottles on the boardroom table, and me and my business partner were, well, you know. The Director then stood up and said, “Now… we talk business.”

It was a very different way of working. He told me he wanted the truth, and that Vodka was a good way of getting quickly to the truth. It worked. They heard our plans and the next day agreed to work with us. We had our own business.

Around the same time I had found my Pagan Heart.

I joined the Order of Bards Ovates and Druids. Discovered the Pagan Federation. Got involved in an Earth-centred spiritual path, and really felt it. This leads me back to the initial question. I became embroiled in the agricultural industry when I was 16 years old. It was all I’d known, and I had made a bit of a name for myself within it. I was a paid-up member of the British Society of Sugarcane Technologists. I was at the meeting where they spoke about the need for a sugar-based, low calorie sweetener. That sweetener later became Splenda. My clients were the big bad boys – Monsanto, Zeneca, the big chemical companies. I remember being at the Zeneca plant when they were just beginning to talk about developing plants that were genetically resistant to disease – the very beginning of GM crops.

And as my Paganism grew, it became harder and harder to square my work life, with my spiritual beliefs. They were out of sync with each other. In the end something had to shift.

I took my Spaniel to work with me every day I was in the office. Our office was in the countryside on a farm, a lovely place to work. One lunchtime we walked out into the Sussex countryside, and went to visit an old oak tree. I went there every day, spoke the Druids Prayer, and intoned some Awens, but this day something was different. I spoke to the tree. I said that there must be some way to live a holistic life. A life that was in tune with my Paganism. I said to that wise old tree that, if there was a way, I was ready. Bring it on.

The very next day I received a phone call that would change my life.

Afterwards, I went into the office and sat at my computer. My business partner was at his. How could I even bring this up? We had created this company together in good faith, for the long run. But I simply couldn’t do it any more. My life was going in another direction. I sat there for a long time wondering what to say. Then I just said’ “How would you like to own all of this?”

He stopped work. Looked at me and said, “Ok. Let’s talk.”

So we did, and in a couple of months all of the loose ends were tied and I was out.

I took a huge drop in wages, but that decision also led to having the space to write songs, record songs, and the rest is history.

It was a massive step, and a big change. Not everyone needs to do that. Some hold on until the time is right, but in reality that right time often doesn’t come along. It’s like having children. Sometimes you just have to go for it, and see what happens. To answer the question. Is it possible to live a Pagan lifestyle? I guess one has to consider what living a Pagan lifestyle would look and feel like. That is a very personal thing. To some it would involve making sure to do the recycling, maybe getting an allotment where you can grow your own food. Buying ethically, and making difficult but important consumer choices. Some might chose to become vegetarians, or vegans. Like me some may feel that they need to change jobs. But the thing to stress is that these are personal choices. Not every Pagan thinks the same way, and when we chose to make those lifestyle changes, it’s important to accept that not everyone will do the same. If you don’t, you are setting yourself up for almost constant disappointment.

Being a Pagan with a Busy Life

This is a real thing right now. How did the technology we created, to give us more time, make us even more busy? How do we find time in our lives for our Paganism when we barely have enough energy to collapse on the sofa and sit bleary-eyed in front of the TV without falling asleep after a hard day’s work? These are questions my Grove are working through right now. One of the things that can help is to drop the resistance to those things us Pagans unhelpfully call mundane. I heard a great quote the other day. It came from Dion Fortune and she said something like “we have to honour and tend our Hearth fire, before we can tend the Temple fire”. Not only that, but our Hearth fire can feed and ignite our Temple fire. It’s a challenge, but it might help if we stopped pigeonholing aspects of life into boxes of mundane stuff and spiritual stuff. One feeds the other, constantly, and the result is wholeness. Life.

There are some people who are so busy they really cannot find time for a spiritual practice. But for most of us we can always find time for Facebook. How about not going on Facebook, but instead doing 10 minutes of meditation? Instead of diving into the newspaper first thing in the morning, how about starting your day in a different way. Go outside, smell the air, connect. Little changes can really help. There doesn’t have to be a massive shift that changes everything. Small things can build up. Make them habits and they can have a knock on effect on our mood and relationships, both to others, and ourselves. If we also make tending the Hearth fire a spiritual act, well, that shift in perspective can be utterly life-changing.

Having written all of that I have to come back to one thing – what does living a Pagan lifestyle look like to you? And what small changes can you make to edge towards that? Be gentle with yourself. It helps nobody if we are overtly harsh. These things can take time. Make those small changes and this time next year that imagined lifestyle may be the one you are living, or at the very least you will have made changes that make you feel more connected.

I hope that helps. Let me know your thoughts.

15 responses to “Thinking About – Living a Pagan Lifestyle”