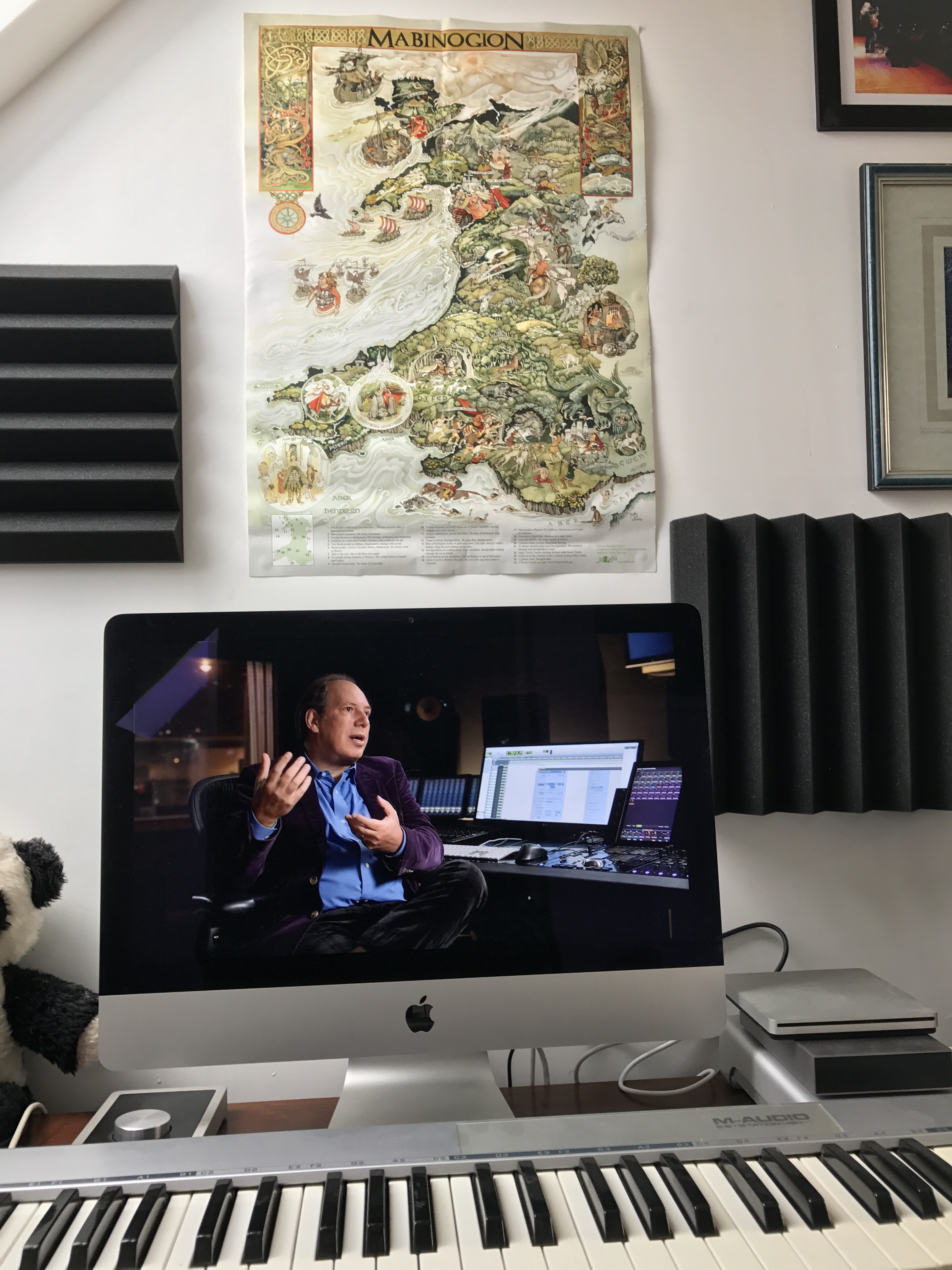 As I mentioned in my previous Y Mabinogi update, the spoken word sections of this project will be around an hour and a quarter long. I’ve produced the DruidCast podcast from my home studio since 2007 with no issues at all, but sitting in the quiet of a room, simply telling a story for over an hour, has brought up some interesting issues. The first, and most annoying, is that I really hadn’t noticed how many light aircraft fly over our house until I needed the silence for recording. We are right under one of the flight paths of Shoreham Airport, and these aren’t fast moving planes. As I sit there telling the tale I can hear the distant buzz of an engine. The microphone will the picking it up by this time too, so I wait, and wait. Sometimes it can take around 3 or 4 minutes for the plane to reach us, then fly past, and out of audio range. The road outside the house is a breeze compared to that. Oh, and the occasional train too. The planes were so regular that I had to give up recording during daylight hours, but the peace of night is proving more fruitful. I asked a friend to build me a room divider that I’ve fitted with acoustic tiles and this is now sitting in my new studio. I’m sure it will make a huge difference to the overall sound for the album. I’ve also invested in a ribbon mic. Since I started recording I’ve been using a condenser microphone, but I’ve since discovered that these aren’t really built for voice work. Ribbon mics are the industry standard for radio broadcasting, so it made sense to try one out. It’s arriving today so that, along with the new vocal booth, should be a wonderful new combination. Ribbon mics are also a little less sensitive than condenser microphones, so it might even help with the background noice. I’ll let you know how it goes!

Once the story is down, the next phase is the music and song. I’ve written most of the songs for the album, but the incidental music is something else I’ve not really had much experience with. It will be like scoring a film, and needs to be done with as much sensitivity to the tales as possible. So the obvious instrument to use would be the harp, and there certainly will be some harp that’s for sure, but I’m a Bard living in the 21st century and I have lots of modern tools at my disposal, so i’ll be exploring all of my options. To help understand the scoring process I signed up for a Masterclass with the well-known film score composer Hans Zimmer. He did the music for Gladiator, Black Hawk Down, Inception, Interstellar, the Batman Trilogy, Sherlock Holmes, and so many more. The class has already opened my eyes to so much, so I’m not going to start the scoring process until the Masterclass is finished. By then I should be bursting with ideas, and ready to go!

This is just the First Branch. When I get to the Second, Third and Fourth Branches this initial research should make things much easier, but, we shall see!