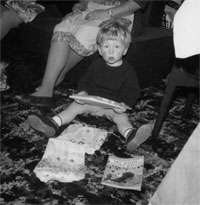 Were you a weird kid?

I’m a regular listener to the podcast Rune Soup hosted by Gordon White. If you enjoy listening to DruidCast I would thoroughly recommend checking Gordon’s show out – great guests and thought-provoking discussions. The first question he asks his guests is Were you a weird kid?

I was listening to the latest episode as I drove to the OBOD office this morning and began to wonder what I would say if he were to ask me that question. I was definitely different. I was a gentle child and hated violence of any kind. This really came home to me when I was out with friends one day. We were playing on one of the barren stretches of land I spoke about in a recent article. It was late Autumn and the floor was littered with fallen apples. So, what do a group of young boys do? They play war. We chose our sides, and retreat to our camps. Then each group invaded the others space. Our weapons? Apples. Thrown. Really hard. I’ll say right now that a swiftly thrown apple hurts. But that was the point. As the game progressed my lack of enthusiasm was noted by the other boys, until one of them said, “You’re really different.” I took that as a compliment.

As I say, I was gentle. But I was also 6 feet tall by the time I was 15, and therefore was an obvious target for shorter bullies at school. I guess it made them feel stronger, picking on a giant who, no matter what the antagonism, wouldn’t fight. I also had a secret weapon. My tongue. My words got me through many a sticky moment. By the time I left school most of the troublesome kids would stick up for me. “Don’t pick on Smiffy, he’s alright he is. Makes us laugh.” Boom.

I had a really active imagination from an early age. So active that my parents were once called into school and asked by my teacher to “curb my imagination”. Maybe it was the secret brother I had. You know. The one that lived in the caravan. The innocent ponderings of an only child, but they had to go. Apparently.

My imagination got me into other trouble.

I loved little worlds. One of my favourite toys was my Action Man, but I loved worlds much smaller than that. So much so that I kept asking for a Doll’s House. I didn’t see the problem with that. All of those little rooms! But this was the very early 70s. The age of Love thy Neighbour, and boys should be in blue, be tough, shake hands, and grow up to be footballers. But in the end my parents bought me a Doll’s House, but they got so much stick for it from some of their friends that me and my Dad negotiated that he should adapt it to become a castle. I got that. I was fed up with having the piss taken out of me anyway by then, so out came the hacksaw, and Caer Smiffy was born.

Those little worlds though. I knew there were things, small things, that lived in the garden, under the old apple tree, in the hedgerows. Because of the Doll’s house I was accused of being a, yes, I think the word was poofter (oh the 70s), by friends, and to be honest a couple of their parents, who should have known better, but didn’t. What nobody knew or saw were the ghosts that walked the corridors and rooms of that little Doll’s House. The portrait on the wall whose eyes had seen everything. The knocking on the wardrobe door. The dark cupboard. My imagination was filled with wonder, but also shadows. And a deep belief, that I still hold to this day, in the power of Magic and the Fey. I’ve talked with the Fey for as long as I can remember. Most of the other kids ‘grew out of it’, but I just got more interested. I wonder if my parents still think this is just a phase I’m going through… As I grew into a teenager so my bookshelf became populated by books on the supernatural, the occult, the Golden Dawn, psychism, magic. I found a book club called Encounters that I joined straight away, and more books came.

I was playing a gig a few months ago, looked out into the audience and said, “So this is where all the kids who didn’t fit in at school ended up.”

The response was a resounding cheer.