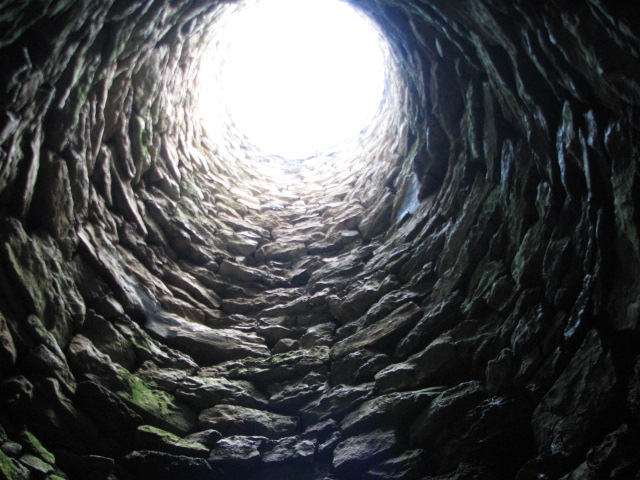 Thinking About – Rage and Contempt

Over the weekend I received an email asking me to dedicate a blog about dealing with ‘excessive rage and contempt’, and I’d like to start by thanking Charlie for asking me to write about this topic. Charlie continued to say that they thought they’re not the only person dealing with this, and that a few suggestions might help many.

If you’re a regular reader of my blog you’ll know that I write from my own perspective, and don’t pretend to have any authority or expertise in some of the topics I write about, hence the ‘Thinking About’ prefix on some of my blog titles, and this topic fits that category. But let’s dive in and see where it leads.

The causes? Internal, and external forces, maybe both, but let’s start with the internal dialogue.

‘Excessive rage and contempt’. I would suggest that the first thing would be to consider the cause and root of those feelings. There are so many events, people, conditions that can be the root of rage. Abuse, cynicism, hopelessness, fear, loss, jealously, to name just a few, and if these feelings are kept bound up, in creaking boxes within our psyche, left unopened and ignored they can fester away, until the hinges of the box just give way under pressure and that rage and contempt flies out. Or maybe the hinges remain intact, but the emotions, rather than flying out and being expressed as undirected and explosive anger, just seep out all of the time, poisoning any potential joy that might be possible, and this feeds those feelings of rage even more.

I’m not saying that opening inner boxes is easy. Those feelings are in boxes for good reasons. Often they contain things that are so painful that opening them and facing what’s inside is utterly terrifying, and it feels much safer to keep the box closed, and just deal with the rage. I’m not here to suggest which way anyone should go with that decision. I only have my own life experience and, for me, facing the demon was the right thing to do. So, have I experienced this kind of excessive rage and contempt? Yes I have. Did I keep the box closed? Yes, for too long. Did it seep out and affect my life? You bet it did. How did that reflect in my life? Well, for years I felt that I didn’t deserve to be happy. That resulted in self-sabotage. Every time I felt a spark of happiness I turned on it, dowsing it with self-disgust, until the status quo was restored, and I could continue punishing myself. This went on for about 6 years. I hit the bottom of the pit. I looked up and saw no light. I had disappeared. Many of my friends probably knew something was wrong, but I had lost so much trust that I didn’t even talk to any of them about what was going on, and when I went out to meet them socially, I  slipped on my suit of happiness, and good old Dave was there, just a suit though, the real Dave was hidden, out of sight, and had been for years. I was simply existing, not living. I even became cynical about my spiritual path and had several crisis of faith moments. All through this time I still organised Pagan camps, ran a large open rituals for every festival, and still stood in front of people as a Druid, and my resentment even began to be aimed at those moments. As I say, it was total self-sabotage.

A friend had started to see a therapist, and I noticed the change in them. To me, at the time, therapy was linked to failure. If I couldn’t sort out my own shit for myself, what kind of person was I? So I resisted for years, but I also couldn’t deny the positive effect it was having on my friend. So the first thing I did was enrol on a course to become a practitioner of Neuro Linguistic Programming (NLP), once more believing that I didn’t need anyone else to ‘fix’ myself. I enjoyed the course, and passed, but it wasn’t the right kind of therapy for me. So I surrendered, and that is the perfect word to sum up that moment. For years I had been kept in a constant battle with myself. I was on the battlefield, entrenched, and exhausted. and one day I made the decision to stop fighting, to surrender, and to actively seek out a human, professional, therapist. So I found a therapist that specialised in two areas, Transactional Analysis (TA) and Cognitive Behaviour Therapy (CBT). I booked an appointment.

As I walked to the door I was terrified. This lovely lady opened the door and we went to her room. She asked me questions. that was it. Just asked me questions. Very clever questions. Questions nobody had asked me, not even myself. Then she stopped. It was only about 15 minutes into the first session. I could feel the box straining, and I was desperate to keep it shut. I didn’t want all of that stuff to spill out. I didn’t want to look at it. Then she asked a series of very swift questions, one after the other, there was no time to think, no time to keep the defences up, and suddenly she said, “What do you think is the root of all of this?” And I had no fight left, I gave in and said out loud, for the first time, “BECAUSE I DON’T DESERVE TO BE HAPPY!!” And there it was, spoken, expressed, out there. the box split, and everything was exposed. I cried, I sobbed, and all she did was reach out and hand me a tissue for my tears, telling me to feel that emotion, to really feel it, to stay with it, and I did.

That moment was the turning point for me. Saying those words out loud changed everything. It sounds like such a simple act, but it wasn’t. The emotion was no longer trapped inside, it was out there, in the open, and now the healing could truly begin. It took time, a long time to be honest, and sometimes I still get that feeling, but it’s become less and less over the years, and it all started by saying those words. No, I didn’t really just say them. I shouted them.

But not all rage and contempt is linked to the baggage of life experiences. There’s a lot of shite happening in the world right now. Rage at injustice, corrupt politics, inequality, the destruction being caused to the environment, all of this and more can fill us with rage. So what to do? When the UK conservative government began the largest road building plan since the coming of the Romans, for some people it sparked them into action. They saw the approaching destruction of one of the South of England’s most beautiful spots, Twyford Down, and so they gathered there, in protest. They dug themselves into underground tunnels, making it unsafe for large machinery to come onto the site, they handcuffed themselves to fences, to trees, they lifted pallets high in tree branches and slept there. They made themselves a right pain in the arse to the authorities. It cost time and money to move the protestors, but finally they did, and the road was built. But the movement had begun, and the next target was a bypass around Newbury, and thus the Second Battle of Newbury began. More tunnels, more tree houses, more people. This time the cost of removing the protestors was so much that it became financially unviable for the Government to continue. Twyford Down and the Newbury Bypass were built, but the road building plan was shelved. Now you may or not agree with the action of the protestors, but they saw something happening that made them angry, and they used that rage and directed it with action.

So if rage is caused by external forces, although the base ‘lizard-brain’ instinct might be to express it in some form of violence, this doesn’t have to be the case. It can be effectively directed, and pointed towards something positive. Sometimes, however, there seems to be such a large amount of problems that we don’t know where to start. We are immobilised. The simple fact is that we can’t do everything, and we can’t be everywhere. If we look at the TV there are countless charities, all working for good causes, and all asking us for donations. We can’t give to them all. So what is the thing that moves you the most? Is it politics? The environment? Your local area? Children in need? Famine overseas? The refugees caused by war? Homelessness? That moment of surrender if useful here too. Know that one person can’t do everything, but we can all do our best for the cause we believe in the most. If this is the root case of your rage, ask yourself what can I do to help. Point that anger in a direction that might help do something constructive.

Wow. That was some blog post. I hope you got through it, and if you felt any kind of connection, then going into it, and tapping away for a few hours on this keyboard was worthwhile. Thank you Charlie, for helping to point my thoughts to a topic that is sometimes overlooked and avoided. It’s such a huge and deep topic that I’m sure I’ve left stuff out, but I hope there was something here that might be of help.

10 responses to “Thinking About – Rage and Contempt”