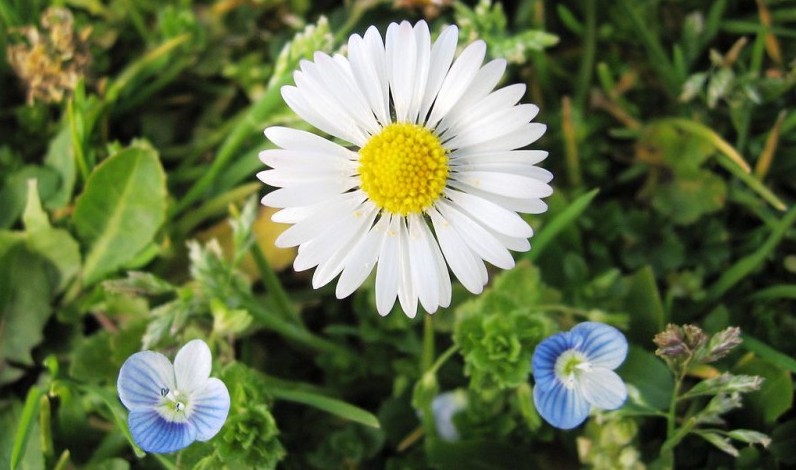 Thinking About – Perfection and Wholeness When I was searching for a spiritual path the idea of perfection wasn’t something that influenced my choice. I guess if it was I would have chosen Buddhism over Druidry and Paganism. Self-development is obviously a life-long quest and we learn throughout our lives, but the quest and idea of perfection as the ultimate goal of a spiritual path just leaves me cold. In fact I find it crippling.

As a modern Druid I take nature as my teacher. Is Nature perfect? Some would say yes. Others might say that Nature is deliciously flawed, others that Nature just is what it is. As a human I am an intrinsic part of the natural world. Some would say that we are separate from it. Nature programs are usually about anything but human life. Bears, birds, fish, wolves, the tundra, the jungle, those are nature – the city, humans, domesticated dogs and cats, they are something else. I don’t see it that way. But I can learn from Nature as a teacher, even though I am an intrinsic part of it. And nature teaches me survival, acceptance, wholeness, and integration. It doesn’t teach me that perfection is the goal.

This train of thought came about because I went to the British Grand Prix on Sunday. One of the things my Dad has wanted to see all his life was a live Grand Prix. He’s 80 this year and I’m 50 so we thought we would treat ourselves to joint birthday presents and go. It was a wonderful day spend with my Father and an incredible experience. But when I posted my location on Twitter and Facebook a few people voiced confusion about how a Druid could like Formula One racing.

I am a Druid. But I also love supernatural scary movies, Along with folk music I’ve also always loved heavy metal. I’m a avid reader of Stephen King. I thoroughly enjoyed the blokey banter and craziness that was Top Gear. I eat meat. Many of those things might seem incongruous to the path of a Druid, but only if the search for perfection is part of Druidry. How can I be opposed to Fracking and yet enjoy a Grand Prix? The same way I guess as a vegetarian won’t eat meat but will consume dairy products, even though veal is a direct result of the diary industry. We do what we can with what we can. The moment we expect anyone who has a view on the environment to be perfect is the moment we paralise the protest movement.

Humans are complex and paradoxical beings. I guess you could be perfect, if you lived in a cave, drank only rain water, ate only fruit fallen naturally from a tree ( but make sure you plant the seeds afterwards). But we don’t live like that. So we have to do our best with what we have.

I have never claimed to be perfect and I never will. I try to embrace what it means to be human living this life on this incredibly beautiful and diverse planet. I think I prefer to get to know who I am, notice the light and shadow, understand they are there, acknowledge them, and aim for integration and wholeness over perfection. To me that feels closer to what I see in nature, it feels like something that is achievable, something that I can understand and aim for. So the Druid and the Formula One fan can live within the same person, occupy the same space, and look each other in the eye with understanding and respect.

20 responses to “Thinking About – Perfection and Wholeness”