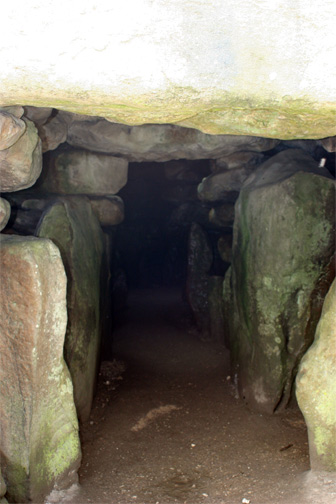 A nice light topic for a Tuesday morning. As is often the case the talking stick session of our local moot has inspired me to write a blog post.

Some people go down the pub to relax, watch a bit of Sky Sports on the big screen with a lager and a packet of crisps. Laugh exceedingly loudly at their mates’ jokes, and when they leave the pub they shout very loudly ‘see ya John, yeah mate, later! Hyah Hyah!’ And stumble home. Alternatively you could go to a rather lovely town pub that doesn’t have a big screen, no jukebox, and no pool table, sit around a round table and discuss quantum mechanics and alternate universes. So that’s what we did.

The topic was ‘What do you think of the concept of multiple universes, and do they bleed into ours at times of crisis?’

So. What do I think of the concept of multiple universes?

Right now I’ve taken the plunge and I’m working my way through the Stephen King Dark Tower series of books. They are all about multiple universes with Jake at once saying, Go then! There are other worlds than this! So once more the moot topic is right there even in my leisure time. But what is the Multiverse Theory? If you are shaking your head thinking I have no idea, check out this Wiki page.

Or, in a nutshell:

The multiverse (or meta-universe) is the hypothetical set of possible universes, including the universe in which we live. Together, these universes comprise everything that exists: the entirety of space, time, matter, energy, and the physical laws and constants that describe them.

The various universes within the multiverse are called “parallel universes”, “other universes”, or “alternative universes”.

So while I’m sitting here typing, there is another Damh who isn’t a musician but owns his own corporation, who is polishing his Ferrari, ready to take it for a spin around Miami. All things are possible. There is another parallel universe where the Labour party accepted their new leader, Jeremy Corbyn, with enthusiasm, respected the democratic decision of its membership, pulled together in a mature and adult fashion, and currently he is ahead in the polls in the approaching General Election. I know. Sounds crazy and impossible, but according to the multiverse theory, it’s happening. Right now. I know a lot of Pagans who are into science. I’m one of them. So how does the idea of multiverses fit in with the Pagan view of the world? If we accept the multiverse theory and then look at the Pagan concepts of the Otherworld things start to combine very easily. What if that hidden place we call Annwn is one of those universes? What if the Fey are from that world? What if they not only bleed into our world, but we bleed into theirs? If we look at the lore of the Otherworld we will find that the entrances are often found to be ancient burial chambers, barrows, fogous, stone circles, sometimes graveyard trees.

Time to consider the second part of the moot question – do they bleed into our at times of crisis?

Some of the places traditionally associated with entrances to the Otherworld are actually places of death and mourning. Long barrows are tombs that held the dead thousands of years ago, and were often in use for generations. We don’t know exactly what stone circles were used for. I’ve heard some people say they might even be goat pens. I call rubbish on that one. They are all over Albion, and feel as if they are associated with ritual of some kind. Once we become aware of our own mortality, it makes sense that stone circles have some spiritual connection to survival, honouring those who have gone before, and the cycles of life and death. So this connection makes them places that are connected with crisis, with trauma, with loss. Maybe that heightened emotion opens doors.

In stories surrounding poltergeist activity the focus in often a teenager, most often a girl, just beginning her menstruation cycle. Teenage years are often traumatic, as the young person tries to understand the changes that are happening to them, in a world not set up to respect young adults as anything other than older children. Ghosts too are the results of trauma. Images usually linked to a person who has passed over, yet images, ghost-like forms still continue to be seen. In car accidents people often report time slowing down, and sometimes that even allows them to take action and survive. Are these things Other realities bleeding into ours? In another universe did that person not survive the car accident? In another universe is the person who appears as a ghostly apparition still alive, and bleeding through into ours? Were those traditional portals into the Otherworld, the barrows, circles and trees, created by the heightened emotions of those who built them, there to bury their dead?

The Pagan worldview does acknowledge other realities. Maybe even the myths of Ys, Avalon, Tir na Nog, and many other stories were inspired by real encounters with other universes. Who knows. When we cast our magical circle with intent, some say we using the tool of the Wand or Athame to shift our magical working space away from this reality and into another. Again I’ve been in, and led, so many magical rites where, as soon as the circle is cast, the rain stops, or the wind dies down, or the temperature increases. And the moment it is uncast, the rain returns, the cold bites once more. I think we traverse these worlds all of the time in our magical and Pagan practices.

What do you think?

11 responses to “Thinking About – Multiverses”