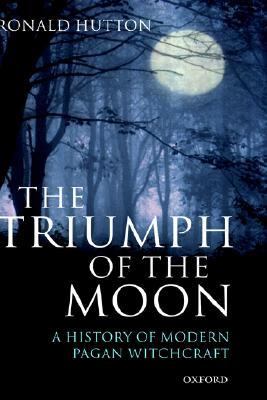 Thinking About – A Moment that changed Modern Paganism

When the Pagan community comes together with an open heart amazing things can happen. I have witnessed it at the OBOD Summer and Winter Gatherings in Glastonbury each year, at many Pagan gatherings around the world, and I felt it again this past weekend at the Pagan Federation Devon and Cornwall conference.

I have been going to the PF D and C conference since it was in a tiny little pub on the high street of Tintagel in February 2000 and have played my music there at pretty much every one since (apart from the one when I cracked a rib just days before, chasing Oscar around the garden and slipping on some wet decking…). As some of you may know I was born in Cornwall, so a chance to go back each year and spend time with friends in a place I love is a gift to me.

This weekend was their 20th Anniversary event with speakers including Julian Vayne, Penny Billington, Marian Green, Suzanne Rance and Professor Ronald Hutton. Most of the speakers’ talks were about Paganism, the changes over the past 20 years, and where it could be going. Absolutely fascinating perspectives on my beloved Path. There was also a panel on which I sat as we answered questions from the audience. A Gemini’s dream quite frankly. The more challenging the question the better, with no time to think. I loved it.

There is literally so much to write about but I will focus on just one thing in this article.

During the panel the question was asked,

“What is one thing or moment that changed Paganism over the past 20 years?”

I wasn’t the first to answer so had a little time to consider it, as it wasn’t something I had been asked before. Some answers included the affect the reverence to the Goddess has done for women and feminism, another answer was the influence of the internet and that can’t be argued with either, but there, right next to me, was Ronald Hutton. I had my answer. Of course there have been many important changes over the last 20 years, but what I said was that there was one book, that was written by the gentleman sitting next to me that changed almost everything, and that was his book Triumph of the Moon. It seemed to me before that book was published the dominant story was the one written by Margaret Murray, of the surviving Witch cult, and the 9,000,000 Witches put to death during the Burning Times. But here was a book that put all of that into context. It took us through 200 or so years of story that could be traced with some kind of historical accuracy. It looked at the people involved in the birth of Wicca, and it came to pass that what many had said was an ancient surviving religion, was actually something that had taken its inspiration from the past, but was actually about 50 years old.

Ok. This did not go down well with some, and the response to the book was, shall we say, not entirely 100% positive. But time moves on, and over the years more books have been written by modern historians looking directly at the path modern Paganism, including Druidry, has taken. Years later that moment, when Triumph of the Moon was published seems to me like a watershed moment. When we were given the permission to take off the burden of trying to find ancient, unbroken, authenticity, and accept that we were here, right at the very beginning of something miraculous and wonderful. Modern Paganism is not the result of unbroken ancient lineage, it is the result of the needs of people to reconnect directly to the Earth, to rediscover their stories, to see the sacred in the falling rain, the sunrise, the river, and hill. A path that speaks directly to the soul with no need for an intermediary clergy.

I find that all so exciting. One day, unless we do something particularly stupid, we will be the ancestors. In 3000 years time we will be the ancient ancestors, and the people who were there at the beginning of what will by then be an ancient spirituality. Crikey! We hold it in our hands. It’s fragile, and beautiful. Maybe like an egg that is yet to hatch we hold it, incubating it, to pass on to future generations who will then take it further. Apparently, after Christianity was founded it took at least 200 years of debating, arguing, falling out, making up, exploring, to find any kind of coherence and direction. If modern Paganism is indeed only 60 or so years old, then we are in that same position as those early Christians.

What an exciting time to be alive!

20 responses to “Thinking About – A Moment that changed Modern Paganism”