I’ve been back in the UK for just under a week and my thoughts are turning back to the time we spent at the Michigan Pagan Festival. The flight over from Sydney to LA was pretty bumpy but nothing compared to the one from LA to Detroit. When the plane finally landed safely all of the passengers cheered – I joined in too, I was so happy to be on the ground! We were met at the airport by Diane and David and soon we were on our way to David’s home for a night before the Pagan festival began. David is a fascinating man, with stories of when he used to hang out with Johnny Cash, he is a well-known lyricist, an ex-cop, was a member of Silver Ravenwolf’s Coven, a paramedic, and an all-round wonderful man. I could have listened to him talk all night, but it was a long flight from Australia to the USA, longer than I thought is was going to be, and once again I found my time clock weirded out, so an early night was in order.

We had a free day the next day so David took us to the Crossroads Village, a reconstructed village made up of buildings from the early 1900s, plus a

railway, and David’s baby, the Genessee lake paddle boat. It was wonderful to step onto the steam train (being a travelling musician from the UK obviously has its perks!), walking into an old bank and barbers (I sat in the barber’s chair and the barber held my hair for a photo, scissors very close, and wondered how much I trusted them… But the locks survived). Everyone there was so friendly and keen to share the stories of their buildings, and the people who had lived there. The next day we made our way to the Michigan Pagan Festival but on our way we stopped at the memorial for the 1937 Sitdown Strike – an amazing part of the local history of Flint and its relationship with the General Motors plant. David had written the lyrics to a song called 1937 (the music being written and performed by his musical buddy Dan who we later met at the MPF) so once more we found ourselves being drawn into the local history of the area by a man who so obviously loves living there. Always the best way to learn.

My first appointment was at the ‘Meet and Greet’ panel where people at the event could fire questions at the speakers. I love this kind of thing as it really keeps me on my toes and makes me think – not a chore for a Gemini! After that I could just talk to people and mill around until my gig on Saturday night. Saturday morning I did a workshop on the Ogham, and then the time for sound checking had arrived.

The venue for the concert was a very big tin barn, but with the help of Diane’s partner, Patrick, who was the sound engineer for the event, we got a great sound, and the gig was great. It was dark of the barn, but I could still hear everyone singing, and shapes at the back in the darkness dancing.

The next morning was sunny and clear, but really humid. It was a lovely day, so I was surprised when I got to the venue to see everyone moving the merchandise stalls from the field and into one of the barns. Apparently a storm had been forecast for 3pm that afternoon. I did an encore acoustic concert in the barn, then in the afternoon me and Cerri ran a Sacred Poetry workshop, and it was towards the end of this workshop that the storm arrived. A couple of hours earlier David had said that the weather office had now said that conditions were ‘favourable’ for a Tornado. When the storm finally arrived we were all asked to go into the barn together, but before that I joined a circle to place a Ward over the site and protect us from the storm.

I was excited and terrified all at once. The excitement wore off pretty quickly though, when I looked around and saw the worried faces of the locals. That made

it very real. The clouds above seemed to part to create two distinct layers, one very high the other almost low enough to touch the clouds. I could see small twists in the clouds around us, then an air raid siren went off and my heart began to race even more. But pretty soon after that it began to rain, and that was apparently a Good Thing… I didn’t know, I was just mesmerised by the whole experience. The storm passed, but all through the day I could hear the sound of distant thunder.

That evening we took part in a Peruvian fire ceremony. A simple, yet powerful experience. While I was in Australia David Garland had done a palm reading for me during which he told me I had two distinct life lines. I knew this was true, and so my work is to bring these lives fully together. That was my focus during the fire ceremony, and will be my focus all year until they are one.

To round off the weekend I found myself on one more panel, this time discussing ways to promote community. It was a fascinating panel discussion and I hope to have the audio from it for a future DruidCast podcast. The worst thing about making new friends on trips like these is the leaving, and just as we had to say goodbye to our friends in Australia, so the time came when we had to do the same with those we had met and connected with in Michigan. Again I found myself thinking about those people who say we do not have a worldwide Pagan community, and once more I found myself wondering what they meant. My music is taking me into Pagan communities all over the world, and every time I find the same vibe, the same love of the earth, the same love of myth, or ritual, of Magic, of the animals, birds and plants whom we share this planet. And the same love of music, story and tales that bond us as humans, living on one rock, turning in space. 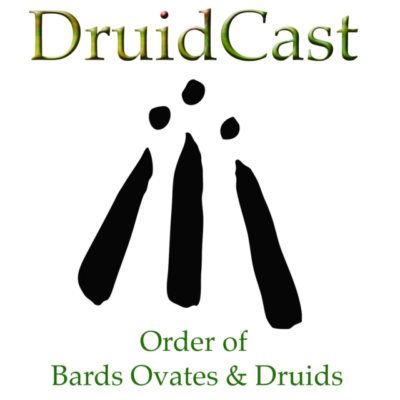 The twelfth Facebook Live 'House Concert' from 19th December 2020. Hope you enjoy the show! Some songs I've not played before, and a little surprise appearance of my Celtic harp.
Read More