Last year I discovered that Brighton hosts the Festival of World Sacred Music. It’s a vibrant event that lasts for a week and includes music from most of the world’s major religions. This year I was honoured to be included in the line up of artists, and to have Paganism represented. The concert was held in the Brighton Friends Meeting House (Quaker Centre) in their concert hall.

First on stage was Martha Roe who led the audience in some beautiful sacred Buddhist chanting. This was followed by the Chutzpah Chior led by Polina Shepherd who sang Jewish folk songs in Hebrew, Russian and Yiddish. About 30 women singing these stirring songs. I sat on the balcony watching them and although I couldn’t understand a word, somehow I knew exactly what they were singing about! Wonderful harmonies delivered with gusto, and passion. I thoroughly enjoy their performance.

Finally my turn arrived and I started by getting the audience to sing the Druidic Awen chant. When I play to Pagan audiences I know that most of them will know and understand what my songs are about. But this audience was different. Barely any of them were Pagan, so I took a little more time to explain what each song was about before launching into the opening chords. I was very moved by the attention and support I was given, and by song three many were singing along with the choruses. In fact I was very moved, and had to say so. Let’s face it, it’s only 13 years ago that some people in the Pagan community were being hounded by the News of the World and other rags who were looking for anything that might suggest, and support, the fanatical voices of certain Christian Fundies who simply wanted to brand us as Satanists. Now here I was, singing about the Horned God, alongside Buddhists and Jews, in a Quaker Centre, to an audience open and willing to listen. What a difference.

I was also pleased to hear a few of the audience members singing the refrain from the Winter King as they laft the hall. Another ear worm firmly planted, my job there was done! 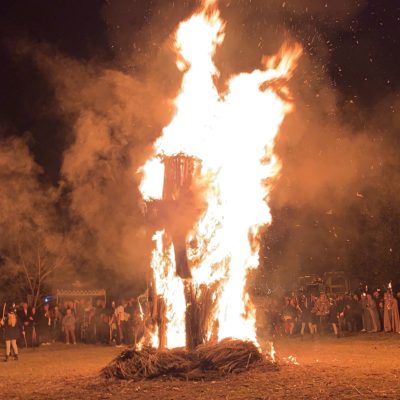 Thinking About – Pagan Events after Covid-19

...at least for a while... As the title suggests this is an article about the impact of the pandemic on the Pagan community focussing mainly on mine and Cerri's local
Read More

What an amazing evening it was on Tuesday. At 7.30 pm I pressed the 'go live' button on my Facebook page and did a little informal House Concert. I had
Read More

3 responses to “Tales from the Road – Sacred Music Festival”