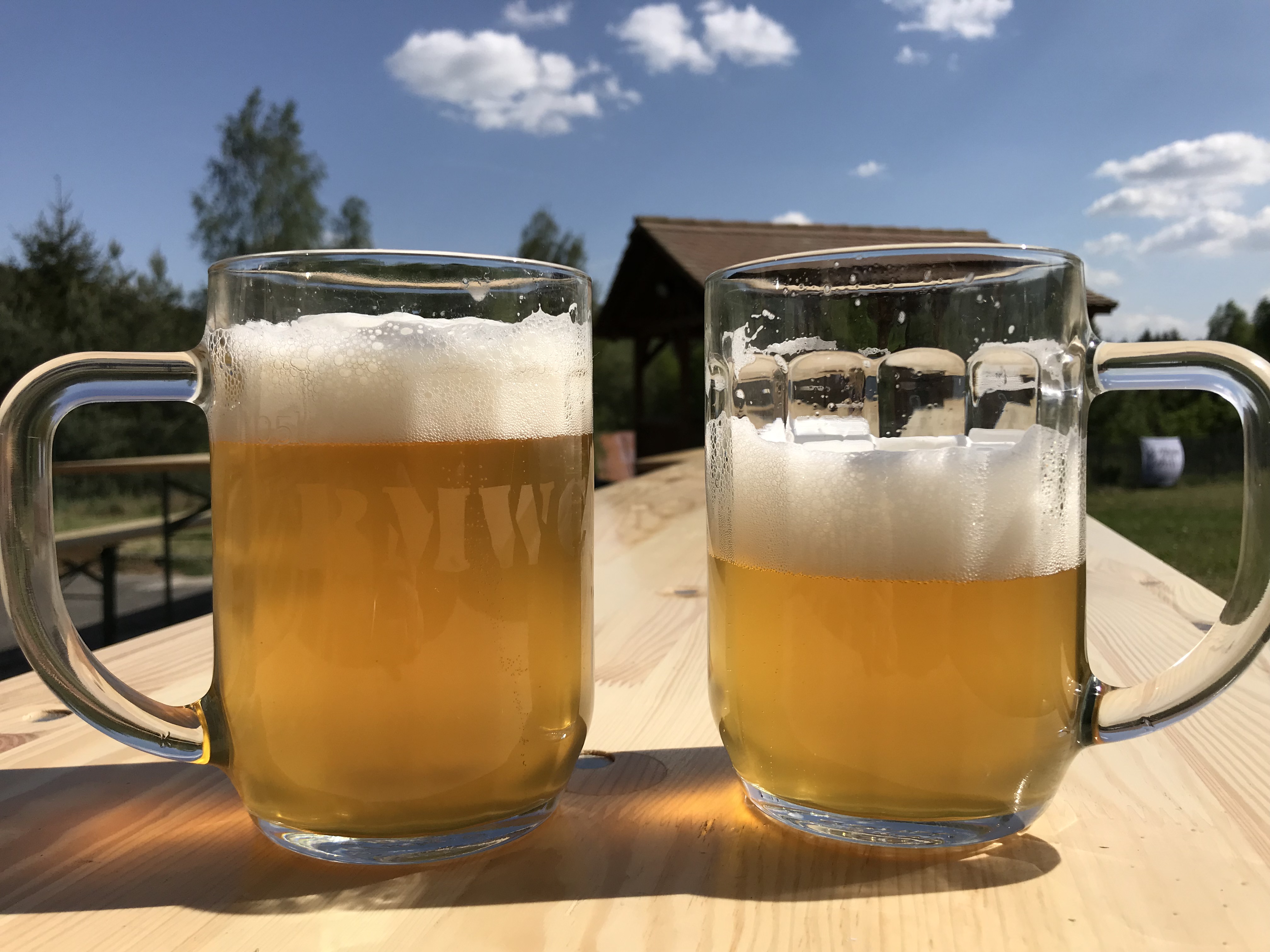 Tales from the Road – Fingers, Horns, Bras and Beer

Well, it’s been a while…

I’ve just got back home from a two week tour on the European mainland. Starting with 5 days in the Czech Republic at the BMWC camp, then onto Vienna for a concert there, and finally to the Netherlands for the OBOD International Camp. It was quite an adventure but it actually started a couple of days before we flew out to Prague…

It was a Bank Holiday weekend, and off I went to the river to walk Oscar. It was a lovely sunny day and there were a lot of dog walkers there. As we approached the bank of the river I saw what could only be described as a pack of dogs –  a big group of dog walkers had stopped and the dogs were playing together. Oscar lost it. He got so excited, running around playing. It was lovely. But then he wouldn’t come back… It doesn’t happen often but sometimes I just cease to exist in Oscar’s world, and this was one of those times. I saw him running towards me. I saw the harness on his back. I reached out to grab the harness.

Oscar is a German Shepherd/Labrador cross. As I reached out to grab the harness, my ring finger got caught, and was bent at a right-angle sideways to the left, as he ran passed.

I couldn’t feel the tip of my finger.

By the time I got home both knuckles were turning black. I couldn’t bend it, and it’s the third finger of my chord hand. Right then and there I knew I couldn’t play the guitar, but Cerri made a splint of cardboard, and taped it up. There was no time to go to the hospital as we were packing to leave for the trip. I figured that as the first gig of the trip was 5 days away, I should be ok by then, but I didn’t know for sure.

Sometimes, just sometimes, it’s easy to take something like playing music for granted. But when an injury literally stopped me from playing, all I could think about was playing the guitar. Having this injury reminded me once more just how much I love music, so in a way it was a gift, but nonetheless, there would have been easier ways to have learnt that particular lesson.

So we travelled to Prague and were picked up from the airport to travel to the location of the BMWC. I think it was about 5 years since I last played in the Czech Republic. Way too long. And it was wonderful to see everyone again. The Czech Pagans have an energy that is so vibrant and alive. I love them, and I always come away with a new story to tell. Some years ago I had a stage diver when I played a gig in Prague. You read that right. A stage diver. At a folk concert. Beat that Dylan! I was playing Lughnasadh from Herne’s Apprentice, a song that had been adopted as the anthem for the Czech Pagans, when I noticed someone climb onto the stage. ‘Oh! He’s going to dance on the stage, thinks I’. No. He goes to the front of the stage, the crowd surged forward and he crowd-surfed, right there, in front of me. Awesome. At a gig in Prague a year later a lovely red bra was thrown on stage and dangled from the end of my guitar. What would happen this time? We shall see… So we arrived at the venue and were instantly taken to The Beer Place. Some of you might not know this but Pilsner beer was invented by the Czechs. Subsequently Czech beer is, to my mind, the best in the world, so I was quite happy to be led to a beer barrel with a cooling contraption where you simply poured a beer, and left a tick beside your name to pay at the end of the camp. It was 27 degrees. The beer was cold and tasty. Much shouting of ‘cheers’ was heard as people arrived. I think this will be the first of a few articles about the tour so I’ll focus with this one on that pesky finger.

I took the splint off on the Wednesday and moved it around a little. I couldn’t bend it properly, and began to worry about Friday’s gig. I decided not to try to play the guitar until the Thursday afternoon, and then only play a little, just in case I made it worse. So on the Thursday afternoon I went back to my room, and got out the guitar. It was mostly ok. As the finger had been pulled sideways it didn’t hurt too much when I pressed down on the string directly. But. For chords like D Minor I had to reach out a little sideways, and I simply couldn’t do that. And there are quite a few Dm chords in my songs. There was only one thing to try, and that was to place a capo on the 5th fret and transpose all of the songs with a Dm to an Am in that new position. It would mean playing completely different chords for those songs, but would it work?

So I put the guitar away and was a little happier about the gig the next day.

Friday morning arrived. Along with clouds of pollen from the trees that surrounded the site. Yup. The asthma then hit. So I had a damaged finger, and lungs that were refusing to cooperate. But the Show Must Go On! So at 10.15pm on the Friday night I took the stage, and I’m so happy to be able to report that both the finger a lungs worked. There is a loop of energy that spins from me to the audience, then back to me from them, and around it goes, time and time again. It’s powerful magic, and on that night there was so much energy I nearly forgot about the finger and lung situation completely. I did lose my voice a little towards the end but it was a great gig, and those wonderful Czech Pagans gave me another story to tell.

I started to play Lughnasadh, transposed to Am on the 5th fret, but that was fine. The audience went bonkers, raising the horns and singing along as if I was some Heavy Metal band. Then two things happened. Three young ladies began to wave bras in the air, and then the audience began to cheer, really loudly. I thought, wow, they are really enjoying this! What I didn’t know, and didn’t find out until the next day, is that one of the people at the camp had climbed onto the stage behind me, and was holding antlers at my head. Apparently the lights were blazing my shadow onto the side of the building and it looked like Cernunnos had just arrived, pounding out a song on the guitar.

Here is a small clip, just so you can see what I mean.

During the concert I completely forgot about my damaged finger, but the next day it had swollen again, however I once more had a few days to recover before the gig in Vienna.

But Vienna is another story.

It was wonderful to be back in the Czech Republic again, and I promise it won’t be another 5 years before I return!

9 responses to “Tales from the Road – Fingers, Horns, Bras and Beer”