Love and the Druids Dreaming

The Friday night before the Druids Dreaming was our hosts’ Louise and Mike’s handfasting at the Ashram. A beautiful ceremony facilitated by Amethyst of the Oak and Mistletoe group. Everyone looked gorgious and colourful and, as with many Handfastings, this was some peoples’ first experience of Pagan ritual. I know that most people walk away from a Handfasting with a completely different and far more positive view of what Paganism is about which is a really good thing.

The evening continued with food and drink in the warm Summer evening heat.

Nearly a year ago a man named Micheal contacted me through MySpace and asked if I would come to Australia to play at a music festival he was putting together. Of course I agreed but didn’t in truth think it would actually happen. But last Saturday we arrived at the Ashton Memorial Hall for the Druids Dreaming event near Adelaide.

With two venue changes in the week leading up to the concert it was always going to effect ticket sales. But with real grit and determination Mike and Louise, the festival organisors, stuck to their guns, dug deep, and stayed focused. They are real troopers.

Louise picked us up from the Ashram at about 1.30pm and took us to the hall. There were people milling about outside and a good few stalls had already set up.

The first act on stage was Vivian Ogma Wyverne, the OBOD member we had already met at the Ashram. Me and Cerri had woken up to her singing in the morning so knew what to expect. She sat with her acoustic guitar and sang what was, to my ears, the songs of the land. Her voice reminded me of the great Joan Baez and everyone thoroughly enjoyed her set. As I sat listening to Vivian I was introduced to the next performer – a lovely chap called Jamie McPherson. We sat and chatted for a while before he took to the stage. Jamie sung some great songs and I hope he concentrates on his own songwriting more than the covers. He has a great talent. I found one of his songs particularly emotional to listen to. Very good stuff indeed.

There was a break for food whilst the celebrity psychic, Lizzy Rose prepared the space for her group’s ritual. The lights dimmed and she sang whilst playing the biggest crystal singing bowl I’d ever seen. A group of hooded figures entered and they opened the gates of the four directions and then did the Lesser Banishing Ritual of the Pentagram. Drums started and Lizzy was joined by dancers as some of the audience also joined in. I left at this point to begin warming up my voice. When I got to the entrance to the hall it had been invaded by hordes of ants! They’d also got into the toilets where I was going to warm up! It was a pretty brief warmup – a mistake I would pay for later!

Next to take the stage were a kick ass rock band called Burn Collect. A group of young lads who really gave their all and were thoroughly entertaining. I was really impressed by the quality of their musicianship. The guitarist was brilliant, as were the bass player and drummer. If you like your Metal Heavy do find them on MySpace and have a listen.

Next to take the stage was the wonderful Wendy Rule. A performer I had heard but had never seen live. Wendy played her guitar and sang and her entire performance oozed sensuality. During her set she mentioned that she was a Scorpio and I can’t say that I was surprised to find that out. I’d love to play on stage with Wendy one day. I think our voices would work well together. Sadly I didn’t get a chance to talk to her more as she left halfway through my set to get back to her hotel. Hopefully our paths will meet again someway along the road.

The time had come for me to play. I’d gone down with a cold the day after Witchfest International and whenever I get a cold there is a risk that it’ll go on my chest and I’ll come down with a Grim old asthma attack. Sadly that was the case with this cold. That, combined with the poor warmup, meant that I felt I was a bit croaky. I know I notice it more than anyone else but I wish I had been 100% fit! I did a completely acoustic set and it was again amazing to see that people knew my songs – this time halfway across the world! There was even a couple there who had seen me play at the Chalice Well during a holiday in England! Amazing.

For a number of reasons the timings for the evening had slipped and although I was due to play at 9.15 I began my set over an hour late. Two songs from the end of my set I invited Louise and Mike into the hall and dedicated ‘Obsession’ to them – to thank them for bringing me here and putting on such an enjoyable day. I ended the set with The Winter King and thus the ear worm was planted.

The end of a great day of music and magic! There is a saying ‘from small acorns mighty Oaks will grow’ and I think this really applies to this festival. I know it’ll happen again in 2010 and wish everyone involved every success! 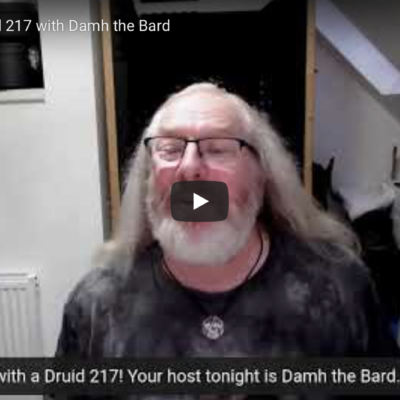 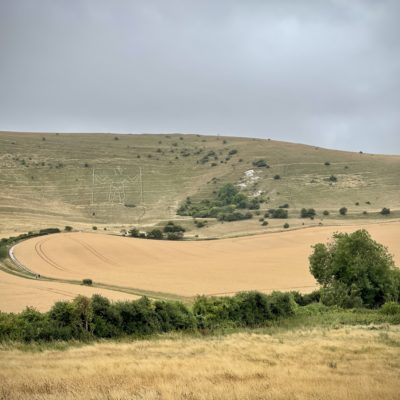 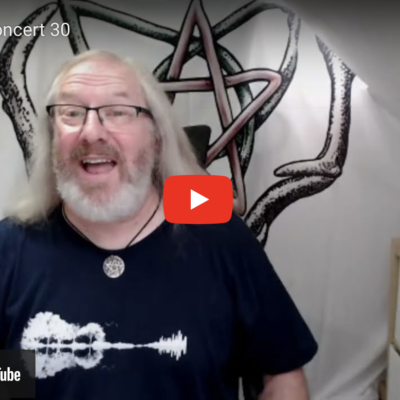