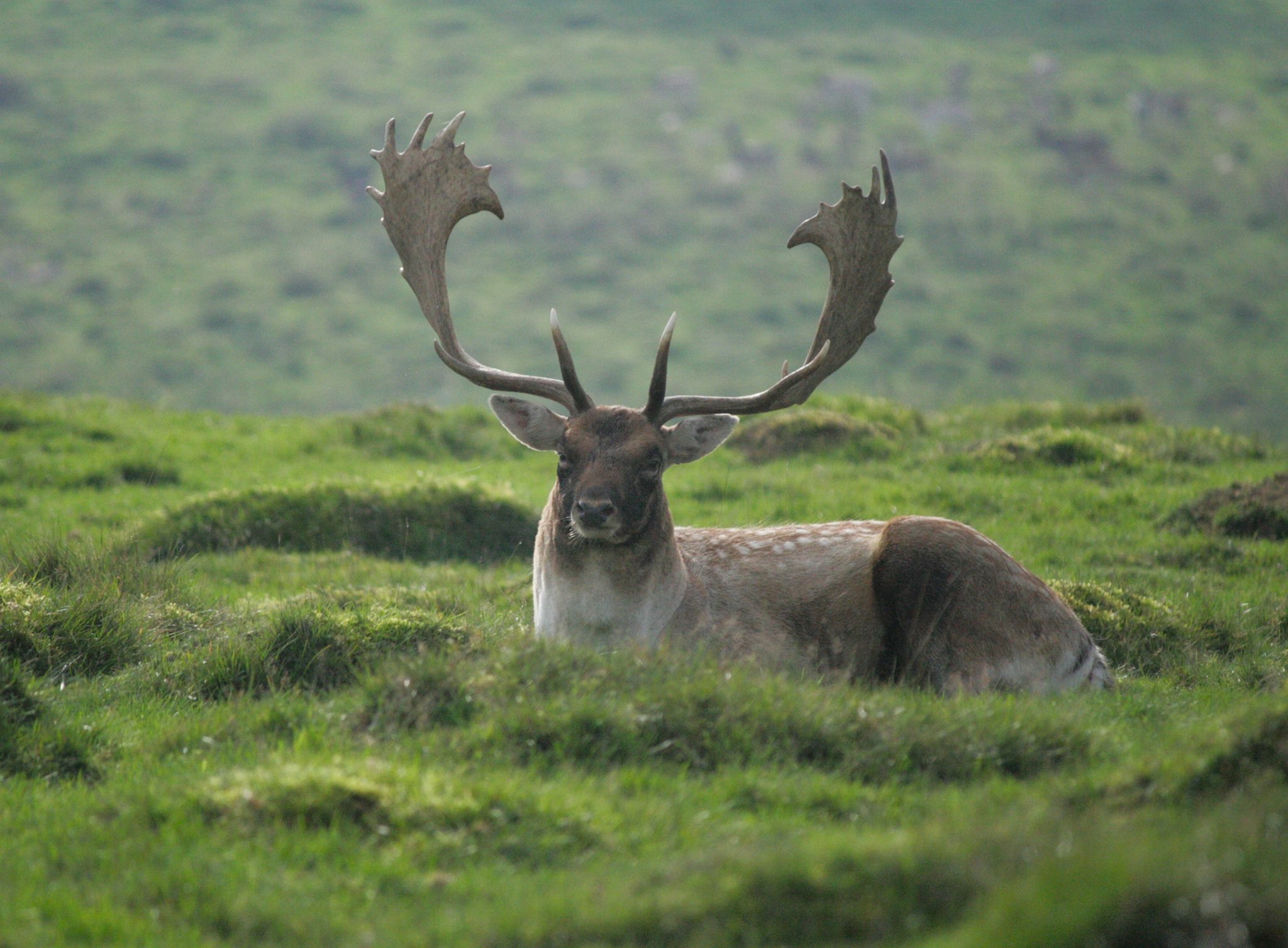 I am lover, I am Father, I am Horned God and King

As he got out of his car the air was unseasonable warm. A hurricane, somewhere out to sea to the south west of the country was pushing warm air up from Spain. Apparently it would arrive early in the week, but right now he was grateful for the warm air and sunshine. The car park was busy, but that didn’t matter – the parkland he was walking to was vast, and it would be easy to lose himself once he reached open land. He was meeting friends and many had come along to witness the spectacle. It only happened once a year, but lasted a good couple of months, and right now it was at its height.

So the group of friends made their way from the car park and out into the open land. At first there was much chatter and laughter, but he was being drawn to a being in the park that he hadn’t seen for a couple of years. He didn’t know that just yet, but as they broke the top of the first hill the call became overwhelming. So they left the path and walked across the scrub fields to where the old oak stood waiting.

“Hello old friend,” he whispered as he drew nearer. The old oak stood as it had for countless years. It’s heartwood exposed by a seemingly catastrophic loss of a limb, yet he still stood, half missing, gnarled, and ancient. He has seen so much. Maybe riders on horseback once sheltered under his branches from the rain as they looked into darkened skies that were yet to be visited by aeroplanes. The air quiet with the lack of distant combustion engines travelling up the nearby A283 to Guildford. And still today people were drawn to him, to touch his old bark, and make some kind of a connection with a being far older even now than those touching hands would ever be.

Across the park strong guttural sounds were being transported on the warm air. It was time to move on. Never had he seen them all together as they were today. It seemed that every deer was there, nestled under the tree-topped hill. The does were restless, eyes darting about, searching for danger. The stags had other things on their minds. They walked, antlers held high, each step moving their heads back and forth. Their guttural calls filled the air. Such power. Such beauty. Anyone who has seen the rut surely understands the call of the human to revere such grace and power. The sacred male principle has doubtlessly held a challenge for many, after 2000 years of patriarchy, but there before them the old Horned God’s Spirit walked, held in the gaze and magnificence of the deer, for all who had the heart to see.

A circle opened within the group of deer as two stags locked horns. The crash of antler against antler rung around the hillside. All witnessed the encounter. The survival of the fittest, as the winning stag chased away the usurper, and stayed with the herd. More battles were sure to come, but this one was done. The other stag walked away, but still stayed close to the herd.

They sat and watched, entranced by the spectacle of the rut. Then words rang through his mind. Lyrics of songs written in honour of the very power he was witnessing.

I’m no Devil I’m Father to the Land, I have lived here since the Earth began.

I’m the Horned God I’m the face in the trees, I’m the breath of the wind that rustles the leaves.

I am lover, I am father, I am Horned God and King.

Indeed you are, as now, as always.

7 responses to “I am lover, I am Father, I am Horned God and King”