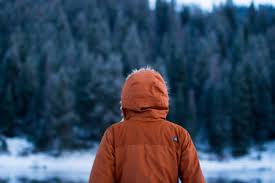 For a Love of Winter I noticed this week just how quickly the year had flown by. One moment it seemed I was welcoming the Spring after the Beast from the East had left our shores. Smiling at the blooming Spring flowers, enjoying the Blackthorn, the Pussy Willow, the Mayflower, and what seemed like the next day watching the leaves turn red and yellow, hearing the Autumn storm winds outside, and the nights have drawn in once more.

In past years I would now begin to retreat. I really enjoy the time between Samhain and New Year. I’m not a Bah Humbug when it comes to Christmas, but after new year, January to early April, I seem to wish the time away. I’ve had enough of dark evenings and cold by then. And this year, above all others, I’ve realised what a mistake that is. I literally wish away a quarter of the year. Sometimes if the S.A.D. hits early that wishing away can start as early as November.

So this year I am making a pledge, a promise. I will find those things of beauty you Winter lovers enjoy. I will seek out the magic and wonder, and enjoy the rest of the Autumn and the approaching Winter, and embrace it all with open arms. If I find myself wishing for the Spring and the warmth of the Sun I’ll remind myself that every day is precious. Who knows if tomorrow will ever come? I will remind myself that the Now is here, and to live in the moment. Maybe that will help to slow down time a little, who knows, but there is no wisdom in wishing away an entire season.

So, Autumn and Winter, I welcome you, season of mists, and of cold. Of the womb of darkness, and the embrace of the night, the crisp sunny day, and the wet, cold mud beneath my walking boots. I look to you with love, affection, and cast away my years of distaste, of turning away, of not seeing or feeling the power that resides within your cold and icy days and nights. Be gentle, be harsh, be what you truly are, and allow me to experience the wonders you bring.

Are you a Winter person? What is it about the season that brings you so much joy?

Let me into your world.

35 responses to “For a Love of Winter”