I’ve noticed something recently that has got me thinking (again).

I know of two well known teachers from the Pagan community who have recently converted to the Catholic Church. I’ve also been reading on the internet how some are upset with the lack of spiritual depth they see within the Pagan community. Where does this come from?

There are many reasons to be a Pagan in this modern age, not least of which is the companionship we find when celebrating the seasons together. We are able to do this, to gather together from all traditions. So what happens when someone wants to go deeper, much deeper. What happens if a Pagan wants to utterly devote themselves to their God or Goddess? In Christianity its accepted. There are many layers of devotion, from the Sunday Church attendee to the Monk who has turned their backs on modern life, to live in constant service. If a Pagan is called to turn their backs on modern society and devote their lives to, say, Ceridwen, how might that work for them?

Of course they can do it alone, but that is very lonely – some kind of companionship with others of like mind helps feed the soul, and is supportive. How many Pagans would think that this person had actually lost it, and gone a little loopy? If a good number of us are Pagans because we don’t want dogma and forced religious belief, what happens when that religious belief calls us, and the community has no benchmark from which to address it? How much is ‘belief’ a part of modern Paganism?

I think that is why some find themselves becoming dissatisfied, why some yearn for that depth, and discover that it can be very hard to find. I think it is there, but it is viewed with a lot of suspicion. Do we as a community need to open up to the idea of devotion? What would you do if your Pagan friend suddenly had a revelation and felt the need to utterly devote themselves to their Gods? Would you be skeptical? Might you want to keep your distance from them until they ‘got over it’? Or would you encourage them? 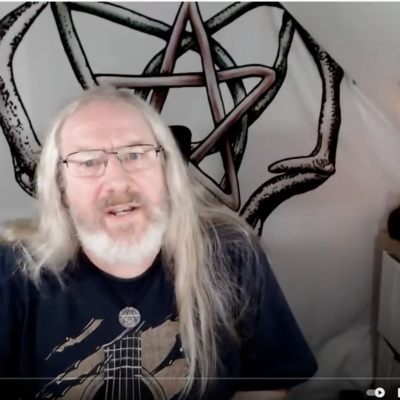