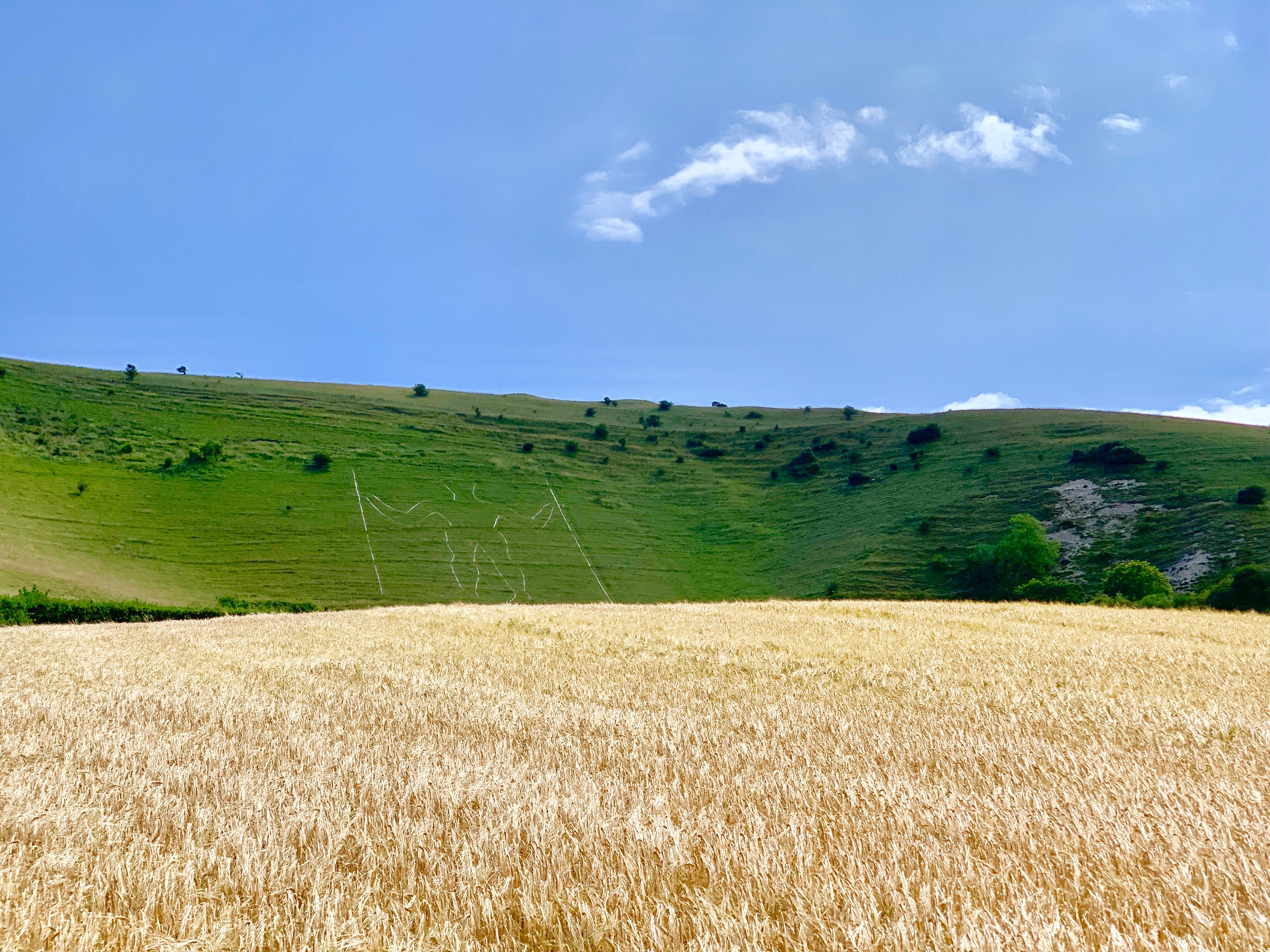 A Little bit of Lughnasadh Magic

Back at the Spring Equinox 2000 me and Cerri founded the Anderida Gorsedd. It was simply to be a group that took on the responsibility for holding regular open rituals on the flat hill below the Long Man of Wilmington. There had of course been open rituals before, but we wanted this to be a regular thing as service to the South East Pagan community. The Gorsedd has been back at the Long Man for every ritual since. Nearly 20 years of regular open rituals, rain, sleet, snow, ice, wind, storms, and sunshine.

Very early on, maybe even just after the Beltane of 2000, I called The Giant’s Rest, the village pub down in Wilmington to see if they were open. The landlord picked up the phone and said they were closed, but how many of us were there? I said about 40. He said, come down and I’ll open for you. So we did, and while we were there we gave him the dates of our rituals and he said he would open the pub on those Sundays.

The beer on sale at The Giants Rest was always Harveys, the local Lewes brewery, and a very good pint. But one Sunday, quite a few years back now and completely out of the blue, when we arrived after the ritual the Harveys had gone and had been replaced by beers from a new local brewery called The Long Man Brewery. They even had a picture of our lovely hill figure on the glasses. The beer was gorgeous and has been at the Giant’s Rest ever since.

So why am I telling you this? Yesterday we held our 19th open Lughnasadh ritual, and as usual, the fields below the Long Man were full of golden barley, some of the other fields had already fallen to the harvester, so Lughnasadh was definitely underway. As we had done for 19 years we told the tale of John Barleycorn, who was then symbolically sacrificed to the scythe and transformed into bread and ale. We honoured and blessed the fields of barley below us, thanking the Spirit of the Fields for its sacrifice and gifts. I placed a small piece of bread at each quarter direction and asked that those within the circle may also be blessed.

Then I opened a bottle of Long Man Ale.

A couple of months ago I’d taken some friends to the brewery shop for a tasting session. While we were there and talking to the lady behind the counter we asked if there were brewery tours. She said yes, but they were closed at the moment as the brewery was on a working farm. She went on to say that all of the barley used in Long Man ales was harvested from local Sussex fields, and the water was taken from an aquifer beneath the chalk Downs. Any unused water was then recycled back to the aquifer.

“In fact,” she said. “You know the two big fields beneath the Long Man? Well, most of the barley in our beer comes from those two fields.”

I looked at the drink in my hands and thought back to all of the open rituals where we had honoured the Spirit of those fields. I told her about the rituals. She was delighted. Maybe another story to tell visitors to the shop. Either way, when I opened that bottle on the hill yesterday I told everyone present that story and they too were delighted.

I poured the Ale on the land.

From the Land to the Land, in honour of John Barleycorn and the Spirit of the Fields, my you be thanked and blessed.

I think we will do that every year now.

7 responses to “A Little bit of Lughnasadh Magic”